'No One Is Above the Law.' John McCain and Others Slam President Trump for Pardoning Joe Arpaio

The controversial sheriff, whose tactics have been widely condemned by immigrant rights groups, was set to be sentenced in October to up to six months in jail.

“No one is above the law and the individuals entrusted with the privilege of being sworn law officers should always seek to be beyond reproach in their commitment to fairly enforcing the laws they swore to uphold,” said Republican Arizona Sen. John McCain in a statement. “Mr. Arpaio was found guilty of criminal contempt for continuing to illegally profile Latinos living in Arizona based on their perceived immigration status in violation of a judge’s orders.”

McCain added that Trump’s pardon “undermines his claim for the respect of rule of law as Mr. Arpaio has shown no remorse for his actions.”

The state’s other U.S. Senator, Republican Jeff Flake, also chimed in to say he wished Trump would “honor the judicial process.”

The pardon is the latest issue to pit the Arizona Senators against the President, who spent time criticizing both McCain and Flake at his rally in Phoenix on Tuesday, when he hinted that he might pardon Arpaio. Trump didn’t mention them by name at the rally, but he later followed up on Twitter to say he was “not a fan of Jeff Flake, weak on crime & border!”

Meanwhile, Senate Minority Leader Chuck Schumer accused Trump of using the heavy focus on Hurricane Harvey to quietly pardon Arpaio. “Joe Arpaio ignored the courts and the rule of law in order to systematically target Latinos in AZ,” he said on Twitter. “The definition of racism and bigotry.”

Here’s how other Democrats reacted: 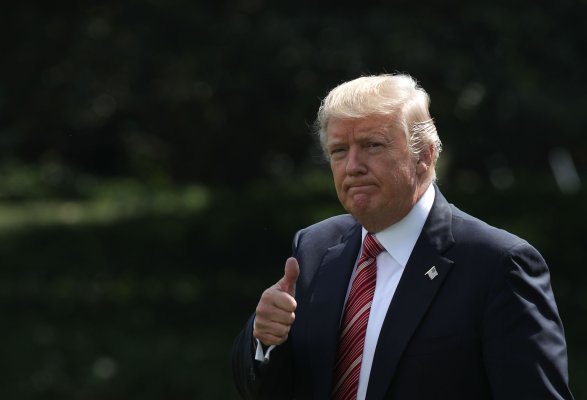 Trump to FEMA Chief: ‘The World Is Watching’
Next Up: Editor's Pick