Donald Trump to FEMA Chief on Hurricane Harvey: ‘The World Is Watching’

“You are doing a great job – the world is watching! Be safe,” Trump tweeted Saturday, sharing a tweet Long posted Friday morning about preparing for the storm to make landfall. Trump later added: “Closely monitoring #HurricaneHarvey from Camp David. We are leaving nothing to chance. City, State and Federal Govs. working great together!”

Trump also responded to Republican Iowa Sen. Chuck Grassley, who on Friday told Trump to “keep on top of hurricane Harvey” and urged him to be more prepared than President George W. Bush was for Hurricane Katrina in 2005. “So far, so good!” Trump said in response on Saturday morning.

Hurricane Harvey made landfall Friday night as a Category 4 storm but was downgraded early Saturday to Category 1. Weather officials said flooding is still expected to become “catastrophic” over the next few days.

“Citizens of TX, this is now turning into a deadly inland event,” Long tweeted Saturday morning. “Thoughts and prayers are with you.” 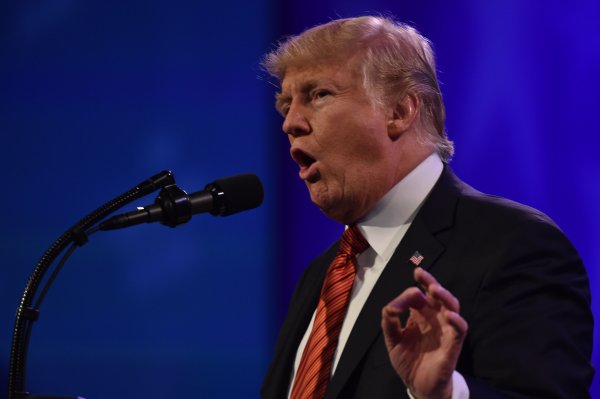 Watch Donald Trump Talk About 'Us' and 'Them'
Next Up: Editor's Pick