12 Celebrities Who Are Heading to College This Fall

Among the millions of students in college this semester, there are a few faces who will be familiar for everyone.

Hidden among the masses are these 12 celebrities who prove that you’re never too famous (or too old!) to be a college student.

Some celebrities are born famous, and some have to get there on their own. In any case, the current group of celebrity students are an accomplished bunch already, and could probably skip getting undergraduate degrees if they wanted to. Nonetheless, they’re prioritizing a formal education in their lives.

From former Victoria’s Secret Angel Karlie Kloss to Olympic swimmer Katie Ledecky, here are some of the most famous students who are going to be in college this fall semester.

Former first daughter Malia Obama took a year off after graduating from high school in 2016. During her gap year, Malia Obama reportedly went on group trips traveling to Bolivia and Peru and had a stint interning for The Weinstein Company. Later this August, she’ll head to Harvard University where she’ll join the class of 2021.

Barack and Michelle Obama both attended Harvard Law School, but neither attended as undergraduate students. And as the daughter of a former president, Malia will have a Secret Service detail with her on campus.

Read more: We tried chocolate chip cookies from 5 popular chains — and the winner was clear

Shahidi will also be attending Harvard University this fall, majoring in African-American studies and sociology. As part of her application, she submitted a recommendation letter from Michelle Obama, who worked with her on International Day of the Girl. (Another recommendation letter came from her calculus teacher. Impressive!)

Like Malia Obama, Shahidi deferred from college for a year after graduating high school. She told Seventeen earlier this year that she was accepted to every school she applied to.

In 2015, the Taylor Swift squad member and former Victoria’s Secret model made headlines for her decision to retire her wings and enroll in classes at NYU’s Gallatin School of Individualized Study.

The then-23-year-old assured fans that she would still be working full-time when she started classes in the fall. One student interviewed by NYU’s student newspaper in 2016 said, “Karlie was an active participater and didn’t miss a lot of classes, and I admire her for that.”

Kloss also launched a summer camp and scholarship venture that’s called Kode with Klossy to introduce young girls to one of her passions: coding.

Miranda Cosgrove of “iCarly” fame is majoring in film at USC.

Best known for the Nickelodeon shows “iCarly” and “Drake and Josh,” as well as the film “School of Rock,” Cosgrove is now a student at the University of Southern California.

“The weirdest part is after a day at school, I’ll go on Instagram or the internet and there will be pictures of me from school that random people took and I didn’t know they took,” Cosgrove told ABC News.

The actress is majoring in film and trying to emulate her heroes Tina Fey and Kristen Wiig, eventually hoping to write, direct, and act in her own work.

Though she started classes in 2012, she told Bustle in 2017 that she was still attending school. She may have taken a break to star in her show “Crowded” and do voice work for “Despicable Me 3.”

Read more: This is what it’s like to eat at the secret club in Disneyland that has a 14-year waiting list

Katie Ledecky turned down $5 million so she could go to Stanford.

Ledecky delayed her college enrollment for a year to concentrate on training for the Rio Olympics. With a handful of world records and four gold medals under her belt in 2016, she started as a freshman at Stanford that fall.

Given her strong showing in Rio, Ledecky could have made $5 million annually in endorsements if she went pro, according to Olympic sports marketing expert Bob Dorfman. She decided not to go that route. At Stanford, she has Olympic medalists Simone Manuel and Lia Neal as swimming teammates.

Speaking of which, Simone Manuel was her roommate at Stanford.

“You have to work hard and be pretty smart to get into a school like this,” Manuel told USA Swimming. “I wanted to be in this atmosphere and challenge myself.”

Manuel has been attending Stanford since 2014. Her roommate? Katie Ledecky.

Actress Jacqueline Emerson took a gap year from Stanford to star in one of the “Hunger Games” movies.

The actress originally deferred her enrollment at Stanford for a year in order to pursue her budding acting career, and it paid off when she landed the part of a lifetime as Foxface in the first “Hunger Games” movie. Now, she’s a senior.

When she’s not in class, Emerson is working on SHE’S SO BOSS, a movement to empower young women, which she cofounded during her gap year.

She also runs a personal YouTube channel where she debuts music covers and answers fan questions.

Lourdes Leon is following her mother’s legacy at the University of Michigan.

Madonna’s eldest daughter, Lourdes Leon, is a senior studying at the University of Michigan’s School of Music, Theatre, and Dance.

Lourdes, aka Lola, is actually following in her mother’s footsteps — Madonna herself attended the school before leaving to pursue pop stardom. Madonna’a advice to her daughter: “Try to do everything in moderation. Try not to kill all your brain cells. And try to go to class.”

Dakota Fanning is still at NYU.

Fanning started New York University’s Gallatin School of Individualized Study in fall 2011, and she’s “on the brink of graduating,” according to Teen Vogue.

“They’ve been very flexible with my schedule and allowed me to do independent studies and take classes and sort of come in and out,” the “War of the Worlds” actress told Indiewire. “Everybody’s been very understanding and supportive of that. It’s kind of what Gallatin was founded upon, so it’s really worked for me.”

Fanning has also been using her perch to talk about inequality in the entertainment industry.

“It’s frustrating that you still have to talk about it,” she told Elle. “As part of my school, I’ve studied lots of different periods, and if you go back to, like, The Taming of the Shrew, it’s talking about the disparity between genders, and it’s crazy that we still haven’t cracked that.”

Ariel Winter is yet another celebrity who took a gap year.

“Sofia the First” and “Modern Family” actress Ariel Winter — who is also a professional trollslayer and style icon — took a year off between high school and college for her busy production schedule. But this year, she’ll finally be a student, studying political science at UCLA.

Read more: The 50 best Trader Joe’s products, according to employees and shoppers

The eldest son of David and Victoria Beckham is attending New York’s Parsons School of Art and Design this fall, where he’ll be studying photography. Brooklyn is already an accomplished photographer, with a coffee table book and a Burberry campaign behind him.

“We are all so proud of you Brooklyn,” Victoria posted on Instagram. “Amazing A level results and off to college. We love you so much and will miss you.”

Snoop Dogg’s son used to play football at UCLA after he received more than a dozen offers from other colleges. In late 2016, he left the team, but he’s still a student at the university.

Broadus is also the CEO of Film School Productions, a company for product placement in film and photography. He ultimately wants to follow “in the footsteps of personal heroes like Steven Spielberg and Quentin Tarantino,” according to Vogue. 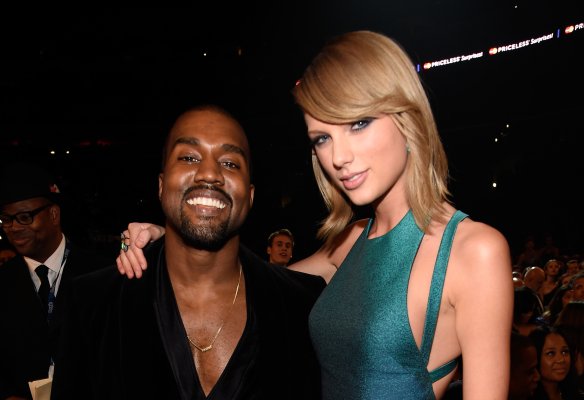 Why the Internet Is Convinced This Line From Taylor Swift's Song Is About Kanye West
Next Up: Editor's Pick