Not even summer vacation can keep Alec Baldwin away from Saturday Night Live.

On Thursday’s SNL’s Weekend Update: Summer Edition Baldwin — who’s Emmy-nominated for his portrayal of the president — returned to mock Trump’s recent rally in Arizona and his response to the Charlottesville, Virginia, white nationalist rallies.

Playing off of Trump staring directly at the sun during Monday’s eclipse, Baldwin first appeared wearing sunglasses. After sharing his excitement to see a lone black man (cast member Kenan Thompson) positioned directly behind him, Baldwin’s president addressed the violent events in Charlottesville and the reactions to his multiple responses. “As we all know, there was a tragic victim that came out of Charlottesville: me,” said Baldwin as Trump. “Folks, the media has treated me so unfairly by reporting all of my remarks, even the bad ones.”

Wanting to prove the media wrong, he vowed to read the full transcript of his speeches, but upon condemning the white nationalists, he quickly cut himself off before he going into his “both sides” comments. (The real Trump neglected to repeat his criticized remarks this week while repeating his speeches.)

Baldwin’s Trump also wanted to give a proper goodbye to his recently departed chief strategist, Steve Bannon. As previously depicted, the SNL Bannon emerged as the Grim Reaper. “You’ve only made me more powerful,” he declared with an evil laugh. “I’m going to crush you.” 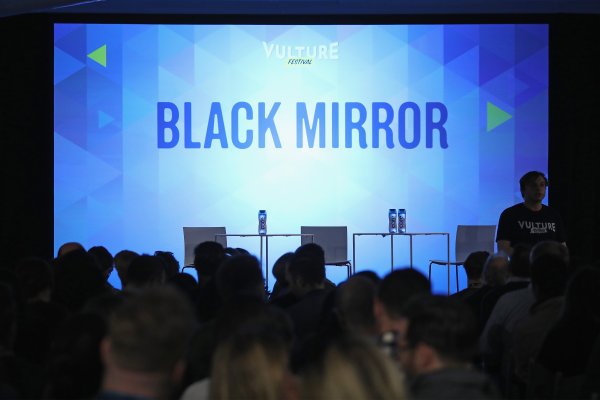 Here's Who Will Be in Black Mirror Season 4
Next Up: Editor's Pick