James Cameron claims “all of the self-congratulatory back-patting Hollywood’s been doing over Wonder Woman has been so misguided.”

The Terminator director told The Guardian in a new interview that the Patty Jenkins blockbuster is just “male Hollywood doing the same old thing” on account of the fact that he feels Wonder Woman as a character is “an objectified icon.”

“I’m not saying I didn’t like the movie but, to me, it’s a step backwards,” Cameron said.

Cameron is notable for putting actresses at the forefront of his action films, from Linda Hamilton’s Sarah Connor in Terminator and T2 to Sigourney Weaver’s Ripley in Aliens (that character originated in Ridley Scott’s 1979 blockbuster Alien). But according to the filmmaker, Connor has an edge on Wonder Woman when it comes to authenticity.

“Sarah Connor was not a beauty icon,” he said. “She was strong, she was troubled, she was a terrible mother, and she earned the respect of the audience through pure grit. And to me, [the benefit of characters like Sarah] is so obvious. I mean, half the audience is female!”

Cameron is currently at work on the four sequels to 2009’s Avatar, with shooting expected to begin in September.

Wonder Woman has a sequel planned for Dec. 19, 2019, with Gadot on board to return as the lasso-wielding heroine. 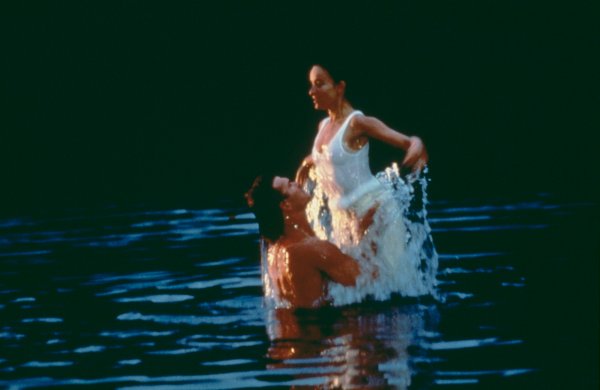 Why Dirty Dancing Is Still the Perfect Fantasy After 30 Years
Next Up: Editor's Pick