The climactic finale of Game of Thrones‘ seventh season saw Bran Stark and Samwell Tarly piece together the details of Jon Snow’s birth. Following the latter’s arrival at Winterfell, the pair confirmed not only the identity of Jon’s real parents, but also that he is a legitimate Targaryen.

In a series of flashbacks that nodded to the episode title “The Dragon and the Wolf,” it was revealed that Rhaegar Targaryen had wed Lyanna Stark after annuling his marriage to Elia Martell. Lyanna then gave birth to Jon — whose real name is Aegon Targaryen — before she died.

To refresh your memory, Rhaegar was the eldest son of the Mad King who had two children with his first wife, Elia. He was killed during Robert’s Rebellion by Robert Baratheon for allegedly kidnapping and raping Lyanna — who had been betrothed to Robert. However, some fans have long suspected that the two were actually in love and ran off to be together, which we now know to be true.

Following Ned’s defeat of Arthur Dayne and the Targaryen kingsguard at the Tower of Joy, Lyanna made him promise to conceal Jon’s identity out of fear that Robert would kill Jon if he learned the real story.

The truth about Jon’s parents has been one of the most enduring mysteries of Game of Thrones, with the series previously hinting at much of this information. The season six finale — along with a HBO infographic — all but confirmed that Jon was not the illegitimate son of Ned but rather the child of Lyanna and Rhaegar. However, it was never explicitly stated.

As for that annulment, Gilly once noted that a High Septon Maynard had issued an annulment for a “Prince Ragger” — an apparent mispronunciation of Rhaegar — and remarried him to someone else at the same time in a secret ceremony in Dorne. The Tower of Joy is, of course, located in Dorne.

However, the confirmation that Jon is a trueborn Targaryen may put a hitch in his budding relationship with Daenerys, as it means they are related. Rhaegar was Dany’s older brother, which makes her Jon’s aunt. However, the Targaryens have a long history of incest, having spent over 300 years wedding brothers to sisters to keep their bloodline pure. 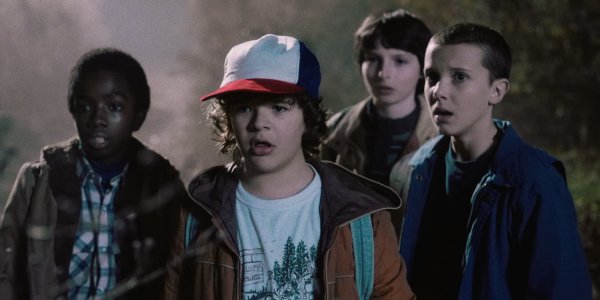 The Stranger Things Season 2 Posters Are Incredibly '80s
Next Up: Editor's Pick