Since the majority of Westeros’ power players converging on King’s Landing for a meeting with Queen Cersei in Game of Thrones‘ season seven finale, it looks as though tensions between the Lannister siblings may finally come to a head.

Although it was Tyrion who proposed that Jon Snow and company capture a wight to present to Cersei as proof of the army of the dead, some fans are speculating that Daenerys’ Hand of the Queen could have had an ulterior motive for suggesting this plan.

Reddit user WeenahSixNine recently laid out a theory explaining how Tyrion could use the captive wight to convince the people of King’s Landing to overthrow Cersei.

This course of events would square with what Jaime told Euron when he bragged about winning the love of the people earlier in the season. “This same mob spat at my sister not long ago,” he replied, referring to Cersei’s walk of atonement. “And if you turn on us, they’ll cheer to see your head mounted on a spike.”

The needless sacrifice of the people of King’s Landing also seems to be the one thing that may turn Jaime against Cersei, as it was the very act that he murdered the Mad King to prevent. 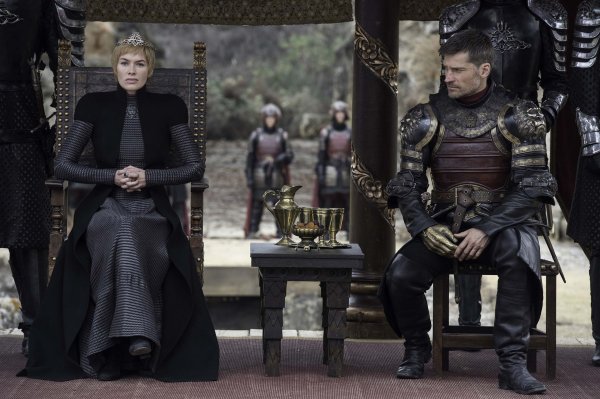 What Game of Thrones Needs to Do in Its Season Finale
Next Up: Editor's Pick