Critics Can Call Out Game of Thrones All They Want. But Viewers Don't Care

It often feels like everyone you know is watching Game of Thrones.

But while viewer numbers are going nowhere but up, the critics aren’t quite as enamored this season as they’ve been in the past. As TIME’s television critic Daniel D’Addario put it recently, the show excels at visual spectacles, but “what it has struggled with, at times, are the stakes.”

But does the critical response to Game of Thrones even matter? Some have argued that the show has grown so big that it is essentially critic-proof. Viewer numbers keep rising, and the show has become so popular that people will keep watching it no matter what — even if only to be caught up on the latest plot twist they know everyone will be talking about on Monday morning.

Metacritic — a site that rates television shows based on critics’ reviews, weighted by the quality and significance of the critic and publication — gave Game of Thrones a critical score of 80 out of 100 in its first season. That score rose over the following years, peaking at 94 for the fourth season, which dealt with the fallout of the previous season’s infamous Red Wedding. Since then, the critic score for the show has fallen, to 77 for the current seventh season, which ends Sunday night.

But it’s a different story with viewers. Audiences immediately loved the drama and double-crosses of Westeros, awarding the show a solid 9.2 out of 10 for the first season on Metacritic, which also tracks user scores for TV shows. Audience scores did drop off in season 5, which culminated in Jon Snow’s apparent death, but have rebounded and are strong once again this season.

The show’s ratings, too, have steadily gone up. The first season drew an average 2.51 million viewers per episode, according to live and same-day numbers from Nielsen. That figure has increased every season to 9.96 million viewers per episode on average so far for season 7. These numbers are partly driven by innovations like HBO NOW, which allows those without premium cable subscriptions and televisions to follow along. And they don’t even include the millions of people who watch pirated versions of the show online.

As the show grew in viewer ratings, it also permeated popular culture in a way no other recent television series has. It’s been translated into more than 20 languages and airs in more than 170 countries. Earlier this year, the show appeared on the cover of TIME.

So does it matter if critics don’t always like Game of Thrones as much as fans do? The show, at this point, is too big to fail. 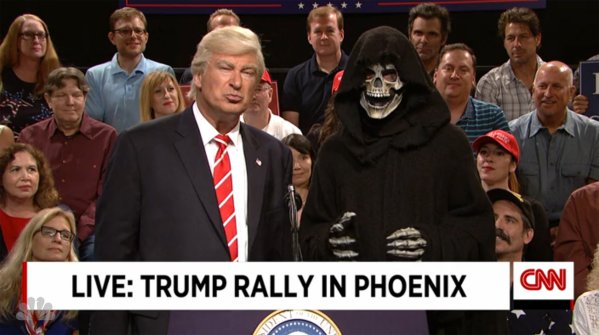