For more than a hundred years the Girl Scouts and Boy Scouts have stood equal, but separate, in efforts to instill good morals in young Americans.

Now, the leader of the Girl Scouts has accused her counterpart of capitalizing on millennial attitudes toward gender, by saying that the Boy Scouts are running a “covert campaign to recruit girls into programs run by the Boy Scouts,” in a letter obtained by BuzzFeed News.

“I formally request that your organization stay focused on serving the 90 percent of American boys not currently participating in Boy Scouts … and not consider expanding to recruit girls,” wrote GSUSA President Kathy Hopinkah Hannan in a letter sent this week to the president of the Boy Scouts of America, Randall Stephenson, according to the Associated Press.

She wrote that the Boy Scout’s plans “would result in fundamentally undercutting Girl Scouts of the USA” and that the organization was “testing the appeal of a girls’ offering to millennial parents,” according to BuzzFeed.

“It has been well documented that BSA is facing declining membership and other significant challenges,” she said. “To that end, Girl Scouts has focused on bolstering 21st century skill building by creating engaging new programming around STEM, high-adventure experiences in the outdoors, entrepreneurship, and other offerings — and have seen these efforts gain nationwide momentum.

“Girl Scouts believes in meeting the needs of America’s youth through single gender programming by creating a safe place for girls to learn and thrive.”

A BSA spokesperson, Effie Delimarkos, told BuzzFeed News that the organization had made no decision on or implemented any girls’ programs. 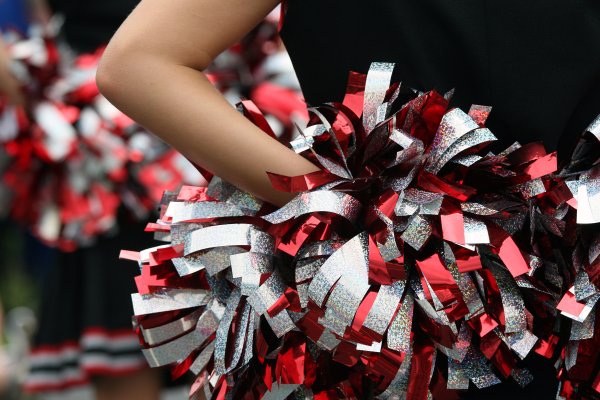 Investigation Underway After Video Shows High School Cheerleaders Being Forced Into Splits
Next Up: Editor's Pick