A picture ID is shown in order to vote. Voters cast their ballots at Seabrook's only polling location, the Seabrook Community Center, on Feb. 9, 2016, during the New Hampshire presidential primary election.
Pat Greenhouse—The Boston Globe/Getty Images
By Alana Abramson

A federal district Judge in Texas has dealt another blow to the state’s voting identification law, blocking the most recent version in court on Wednesday.

Judge Nelva Gonzales Ramos, who had blocked a previous version of the law in 2014, rejected the changes that Governor Greg Abbott had signed earlier in the summer that determined an affidavit and paperwork verifying identity and address were sufficient replacement materials for an identification, according to the Associated Press.

Gonzales Ramos said these changes could be “chilling” to voters, acting as impediments instead of incentives to get them to the polls. She was particularly concerned the criminal penalties floated as punishment for lying on the affidavits, the AP reports, and that the rules would have a disproportionate effect on minorities. The Department of Justice under the Trump Administration had supported the changes put in place by Abbot — it had previously opposed the entire law under Barack Obama.

“This feature remains discriminatory because [the law] perpetuates the selection of types of ID most likely to be possessed by Anglo voters and, disproportionately, not possessed by Hispanics and African-Americans,” Gonzalez Ramos wrote.

Tom Perez, the chair of the Democratic National Committee and Labor Secretary under President Obama, was quick to praise the decision. “These laws are nothing more than a thinly-veiled attempt to deny Latinos and African Americans their constitutional rights. Democrats believe that we should making it easier to vote, not harder. And we will continue to fight for the right of all Americans to access the ballot box,” he said in a statement. 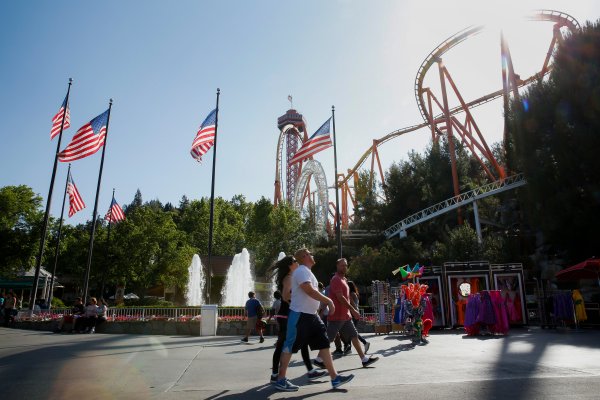 Six Flags Will Only Fly American Flag From Now On
Next Up: Editor's Pick