French Montana Reflects on Why 'Unforgettable' Will "Last Forever"

French Montana has been rapping for over a decade. But it’s only now, with his inescapable hit “Unforgettable” featuring Swae Lee, that the Moroccan-born, Bronx-raised artist is finally finding his place in the sun. Montana’s mantra is to follow the feeling, wherever that may lead. In the case of “Unforgettable,” it took him on a 30-hour flight to Uganda, where he tracked down a kids’ dance troupe he discovered while surfing the web searching for African music. Montana decided to feature them in his music video, spawning a viral dance challenge on social media—and giving him, he says, a new purpose alongside his music. “A lot of people ask me, why didn’t you go to Morocco, to the Bronx?” he says. “But it was a sign.” Going to Uganda to film the music video was, he says, the “best decision” he’s ever made.

It certainly led to charting success. “Unforgettable,” off his sophomore album Jungle Rules, has enjoyed a 21-week run on the Billboard Hot 100, peaking at number three just below the juggernauts of “Despacito” and DJ Khaled’s “Wild Thoughts.” But as Montana is quick to note, “Unforgettable” is—to him—more than just a song. “It became a lifestyle, and a spark in the mind of listeners to help people. When I made that song, I looked at it like I was making a song that would last forever,” he says.

To pay it forward for his music video stars, he brought them on his latest circuit of U.S. shows, and committed to funding their education. (He’s also partnered with Global Citizen on a health advocacy campaign and with the Mama Hope Foundation, assisting in building a hospital for neonatal care in Uganda.) “Half of Uganda is under 15 years old,” he explains. He saw himself in the kids he found in Uganda; Montana’s own early days were marked by economic challenges, with his mother on welfare and his father compelled to return to Morocco. “I wish someone could have grabbed me from Africa,” he says. Instead, he’s found his own way to the top.

TIME: Growing up, were you always into music and hip hop?

MONTANA: Music was a worldwide language. I couldn’t really tell what was hip hop or pop. I was listening to live music, I was listening to Afro before Afro music was Afro music, I was following the feeling, I wasn’t following the genre. That’s why I’m able to pick tracks like “Unforgettable.” When I get that feeling, that’s when I follow it, you know?

How did this song come together for you?

As soon as I heard the track, I knew it was a hit. I sat with it. I chopped it up the way I wanted it to be. I feel like that’s the one record that fits everybody: African vibe, reggae vibe, techno vibe, European vibe. That’s what you call a global hit.

A big part of this song’s success has also been the music video, which you filmed in Uganda with the Triplets Ghetto Kids. Had you ever been to Uganda before?

Never been there, never thought about going there. But that’s the beauty of art. Art will take you new places you never expected. It just grabs you. It’s like you’ve got to follow a love. When I saw them [the Triplets Ghetto Kids], it was like a breath of fresh air. It was like a diamond in the dirt.

And since then, you’ve been traveling with the kids on a press tour in the U.S. What’s that experience been like?

Taking the kids to Universal Studios for the first time, taking them on their first roller coaster — when they came off, I’ve never seen kids that happy in my life. It’s something that’s motivated me, shown me that I’m doing the right thing giving these kids the opportunity for the world to see them. They went from dancing in puddles of mud to dancing in front of hundreds, millions of people at the Teen Choice Awards, Jimmy Fallon, things like that. I wish somebody could have grabbed me from Africa and done that.

After spending some time in Africa, is that an influence you’re interested in exploring musically?

I’m going to explore everything. I just follow the feeling. It might be merengue. It might be Arabic music. You just never know. As time goes by, opportunity presents itself.

It’s been a slow but steady climb for you. Do you feel like you’re finally making it big?

For my whole career, I feel like every year I keep getting bigger. There’s always ways to learn and get better. It’s like when you make money: if you made one dollar more than last year, that’s great. I’d rather make a hundred million in ten years than make it all in one year. I’m all about the marathon.

I’m just going with the flow. I want to become a better person as far as doing what I just did this year, using my platform to help people who can’t help themselves. I love the direction I’m going. Music is only a little part of it.

What are the other parts?

The other part is growing, and learning from people like Puff [Daddy]. You can make music, but you don’t have to make music to become a successful entrepreneur. Puff hasn’t dropped an album in so long, but he’s still number one in Forbes. 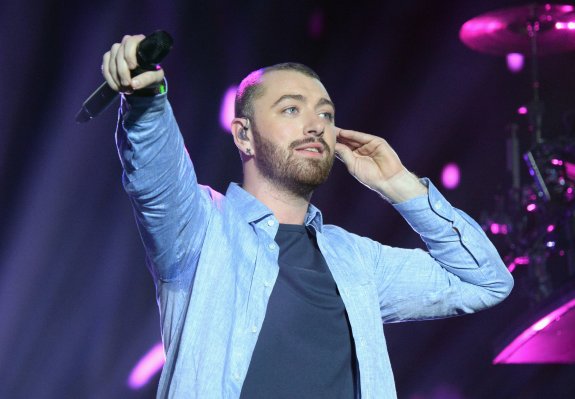