The Astronomical Cost of Kids’ Sports

In TIME’s cover story this week, senior writer Sean Gregory explores the growing business of kids’ sports — a $15.3 billion industry that has nearly doubled in the last 10 years. Between league fees, camps, equipment, training and travel, families are spending as much as 10% of their income on sports, according to survey research from Utah State University.

Sky-high costs are preventing some kids from participating. Overall sports participation rates have declined in the U.S. in recent years, and the trend is most evident among kids from lower-income families.

“Some parents just can’t pony up for it,” says Travis Dorsch, one of Utah State’s leading researchers on parental involvement in youth sports. “How many Michael Jordans and Michael Phelpses are out there who don’t have the opportunity?”

One of Utah State’s surveys conducted last year found that the average family spends $2,292 per year on sports. The respondents to that survey include families with children as young as 8 and who participate at all levels, from recreational to elite. The same 2016 survey found that the maximum spending among the respondents was close to $20,000, as some families invest in travel teams and personal trainers.

Not all sports are equally expensive. Soccer and basketball, for instance, don’t have as many equipment costs as, say, baseball or hockey. Here’s how six popular youth sports stack up according to Utah State’s survey sample: 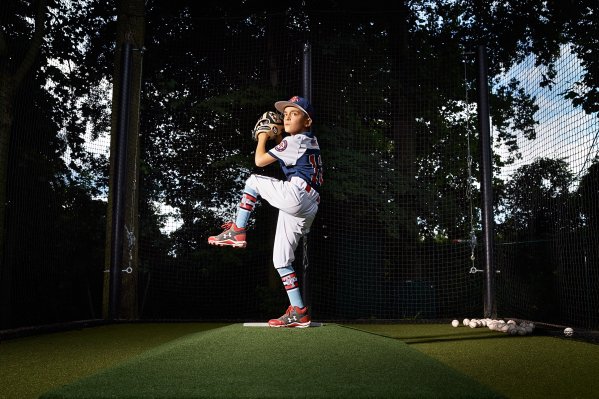 How Kids’ Sports Became a $15 Billion Industry
Next Up: Editor's Pick