What Game of Thrones Needs to Do in Its Season Finale

Game of Thrones has always been at its best when it enriches its spectacle with consequence. This season of Game of Thrones has featured some remarkable highs of ambition, with visuals that rank among the show’s most remarkable. What it has struggled with, at times, are the stakes.

Dazzling visuals make for a fairly unsatisfying feast if they’re not bolstered by a sense of forward motion in the story. And so far, much of the action of this short seventh season has rattled pieces around the chessboard rapidly, but shown only infinitesimal real forward movement. The show is still an engaging watch and its craft remains unparalleled, but it’s not hard to hope that the story picks up steam in its season finale Sunday night.

Take, for instance, the loot train battle sequence in which Daenerys’ Dothrakis faced down the Lannister forces before leading her dragon to lay waste to them. Jaime Lannister, a character who’s grown in depth since the show’s first episode, seemed as though he almost certainly had to die as he attempted to attack her beast. And even after plunging into water while fully armed, he came away just fine. This narrative choice defines him as a character whose presence on the show was important enough that the moment-to-moment stakes of the story take a backseat.

The same is true of Jon Snow. After the remarkable frozen lake sequence in the most recent episode, he emerged ready to fight another day. This despite the remarkable peril he faced down. He surely has a major role to play in the show’s endgame. The sequence, visual splendor aside, seemed most significant for what it augured in the future.

It’s gratifying that Jaime and Jon, both richly complex characters whose evolution over seven seasons has been great fun to watch, will be around for longer. But it’s frustrating to watch them in “danger” that quickly sees them borne away safely. It turns a show whose mercenary willingness to pursue any plot turn made it a sensation into one that seems to be guarding its core cast too closely. That leaves the show running the risk of torpor precisely when it should be the opposite.

There’s also been a biding-time feeling to some of the show’s developments. Forget the corporeal danger of a battle scene: Arya and Sansa have been warily circling each other for some time now, and their dance with Littlefinger has passed the point of tantalizing tension. And Dany’s protracted wait on many fronts — for Jon to “bend the knee,” to finally face down Cersei — has been preoccupied with long conference scenes that feel more like The West Wing. True, Thrones is rigorously setting the stage for a showdown that, when it comes, will likely be a barn-burner. But the show needs to start getting there.

All of which is to say that this season has seemed in possession of a bit more running time than story. It speaks to the show’s achievements — its long history of entertaining us and the brio of its visuals — that we’re still riveted. But it’s my hope that the season finale clicks into a higher gear. The show doesn’t necessarily have to kill off characters to get there (though I have my own theories as to who will die, as every viewer surely does). But it will require a clearer sense of where the story’s going. Conserving your artillery for a battle to come is good tactical strategy for a military commander, but it makes for TV that lacks gusto. 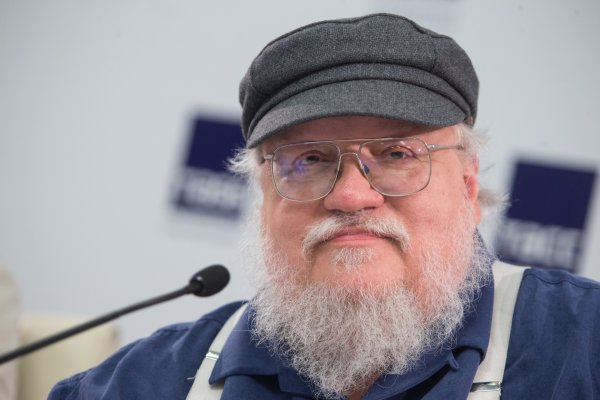 George R.R. Martin Would Like You to Know That He Watches Game of Thrones
Next Up: Editor's Pick