Google May Be Working on Smart Headphones to Rival Apple's AirPods

Google wants its virtual assistant to be in gadgets besides smartphones and intelligent speakers, and it looks like the company could be taking steps toward making that happen.

Other phrases found within the code suggest that Google’s hardware partners would design and build the headphones, while Google would handle the software and backend. If that proves to be accurate, it would likely be similar to the way Google works with tech firms that create Android smartphones and smartwatches, such as Samsung and LG.

In addition to answering questions through the headphones, the Google Assistant would also be able to read wearers their notifications, alert users when the earpiece’s battery is running low, and recite news briefings, according to the code. There are also a few clues suggesting these headphones may have physical buttons for summoning the Google Assistant as well.

Google said it didn’t have any news to share about the Assistant in response to TIME’s request for comment.

If Google does intend to bring its virtual assistant to headphones, it wouldn’t be the first to launch a smart earpiece. Tech giants like Apple, Samsung, and Motorola and as well as audio-focused companies like Bragi and Doppler Labs have all offered smart headphones that offer different levels of intelligence.

Apple’s AirPods, for example, work with Siri, can automatically pair to an iPhone as soon as the buds’ case is flipped open, and are capable of sensing when they’re in a user’s ear. Motorola also released a smart earpiece called the Moto Hint in 2014, which aimed to make it easier to interact with the Moto X through voice controls even when the phone was tucked away in a bag or pocket. 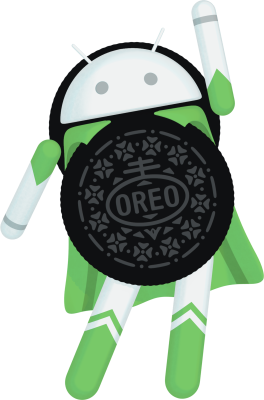 Android Oreo May Fix a Huge Google Problem
Next Up: Editor's Pick