A science envoy working for the U.S. State Department announced his resignation on Wednesday with a letter that contained a not entirely subtle message for President Trump: IMPEACH.

Daniel Kammen, science envoy for the State Department, resigned in response to Trump’s “attacks on core values of the United States,” he wrote in a letter addressed to the president. The first letter of each paragraph in the note spell out the word “impeach,” making it clear where Kammen stands on Trump, especially following the president’s tepid response to the demonstrations in Charlottesville, Va. earlier this month.

“Your failure to condemn white supremacists and neo-Nazis has domestic and international ramifications,” Kammen wrote. “Particularly troubling to me is how our response to Charlottesville is consistent with a broader pattern of behavior that enables sexism and racism, and disregards the welfare of all Americans, the global economy and the planet.”

Kammen’s resignation comes after Trump’s entire Arts and Humanities Council quit. Trump also disbanded his business council after a growing number of CEOs resigned in the wake of the president’s remarks on Charlottesville. 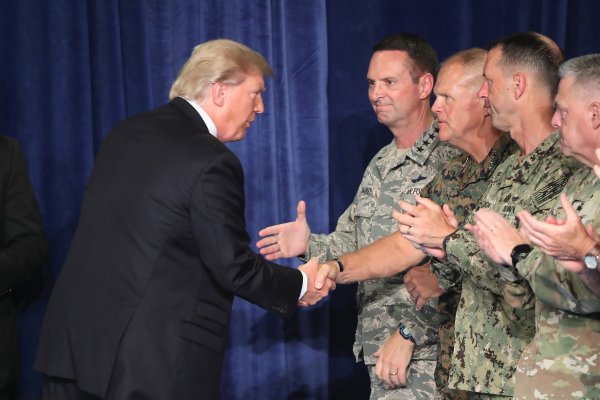 Obama’s Afghanistan Speech Got Better Ratings Than President Trump’s
Next Up: Editor's Pick