'She Gave Voice to the Weak.' What to Know About Slain Journalist Kim Wall

The discovery is the latest turn in a shocking and unusual case involving an up-and-coming young reporter, an engineer-turned-suspect, and an experimental, home-built submarine.

Here’s what to know about Kim Wall and her disappearance.

Who was Kim Wall?

Kim Wall, 30, was a freelance journalist from Sweden who wrote for The New York Times, Vice and TIME, among other publications. Wall reported from countries around the world, including Haiti, Uganda and Sri Lanka, her mother has said.

What happened to Kim Wall?

Wall’s boyfriend told police on Aug. 11 that she failed to return home after setting out to travel aboard an experimental submarine designed by aerospace engineer Peter Madsen. Madsen was soon apprehended and preliminarily charged with involuntary manslaughter.

Madsen at first denied having anything to do with Wall’s disappearance, saying he dropped her off “in a remote section of the port of Copenhagen,” the Times reported. Madsen has since changed his story, claiming that Wall died in an accident aboard the submarine and that he buried her at sea.

That latter claim came before the discovery of a torso that authorities matched to Wall using DNA evidence collected from her hairbrush and toothbrush. The torso was discovered with a piece of metal believed to have been used to weigh down the body, the BBC reported. Police also found marks indicating that somebody may have attempted to push the air out of the body to ensure it didn’t rise to the water’s surface. Investigators found traces of blood in Madsen’s submarine, which authorities believe was deliberately sunk.

Why are people comparing the Kim Wall case to a TV show?

People have noted the case bears a striking similarity to the plot of a television series called The Bridge. The Times reports that the series starts with the discovery of “a mutilated female body” and takes place in part near Copenhagen.

A writer for the show, Hans Rosenfeldt, told the Times in an email that he was “not at all comfortable with commenting or reflecting over real crimes in this way.”

How are people reacting to Kim Wall’s death?

Kim Wall’s mother, Ingrid Wall, posted a remembrance of her daughter on Facebook. “During the horrific days since Kim disappeared, we have had countless evidence of how loved and appreciated she was,” she wrote. “She gave voice to the weak, vulnerable and marginalized people.”

Sruthi Gottipati, a friend of Wall’s and a fellow journalist with whom she traveled, also wrote about the case.

“As the hours and days ticked by, I began to fantasize that it was all just a big misunderstanding, that Kim was actually drinking a beer at a bar somewhere with one heck of a story to tell,” wrote Gottipati. “But the thing is, the world has a way of knocking down women who are sharp, funny and bold. It has a habit of strangling the voices who dare to speak up, of humiliating the women who step outside their comfort zones, of crushing the ones who break the rules.” 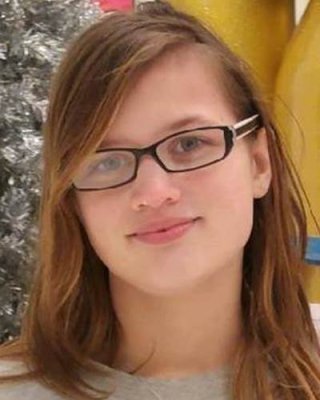 Biological Mom in Custody After Girl's Burned Bones Are Found in Rural Area
Next Up: Editor's Pick