The severe storm triggered the territory’s first Typhoon Signal No. 10 in five years — the city’s maximum category warning — as average wind speeds above 73 mph were expected, according to the Hong Kong Observatory. The signal was reduced to eight at 2:10 p.m. local time.

Moving west up the Pearl River Estuary, Hato reached the gambling enclave of Macau Wednesday afternoon, bringing rain, wind gusts and significant flooding. At least three people were killed and two others remain missing in relation to the storm, reports the South China Morning Post. Electricity has reportedly been knocked out across the territory since noon, and there are concerns that water supply could also be cut.

The storm caused some flooding and significant wind damage across the Hong Kong region before reaching Macau. Waves could be seen lashing the seafront in multiple locations, with reports of flooding, upended trees and shattered windows in parts of the city. Streets were quiet throughout the day as most businesses and schools were closed, with broken glass littering empty lanes.

Air traffic was widely disrupted, with only a handful of flights able to land at Hong Kong International Airport before the storm approached. Hundreds of flights have been canceled or delayed into the evening.

Stock market trading has been suspended for the entire day, according to the Stock Exchange of Hong Kong. The last time a tropical storm forced the suspension of trading for a whole day was in 2016, reports Reuters. 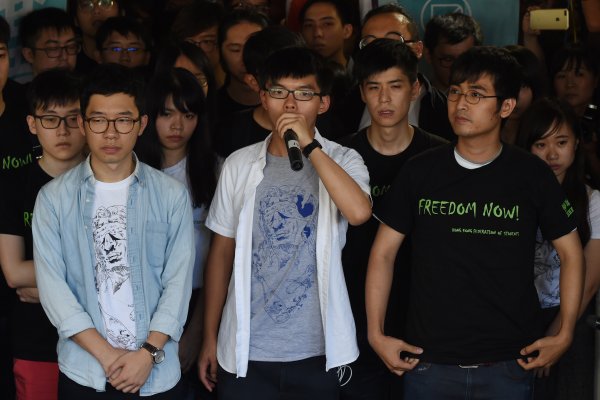