Here's What Worries Parents As Kids Head Back to School

Two thirds of parents think that bullying—either online, in real life or both—is a “big problem” as kids head back to school this season, according to a new report from the C.S. Mott Children’s Hospital National Poll on Children’s Health. And one in three worries that the issue may directly affect his or her own family.

Bullying and cyberbullying earned the top spot for parents’ biggest health concerns about kids in general, as well as their worries about their own kids. Respondents’ other top fears for their own children included Internet safety, stress, motor vehicle accidents, and school violence.

The national survey—with responses from more than 1,500 parents of children 18 and under—showed that some health concerns are prevalent across racial, ethnic, and age groups. Fears about bullying, Internet safety, and car accidents were common across the board, says the poll’s co-director, Dr. Gary Freed, professor of pediatrics at the University of Michigan Medical School.

Other responses varied with demographics. African American parents reported that, above all, racial inequality was their top concern; they were also more likely than other parents to worry about school violence. Hispanic parents, in addition to the common worries cited above, also named stress as a big issue for their kids.

Kids’ ages mattered, too. Parents of children 5 and under cited cancer as a top health concern, while moms and dads of teenagers were more worried about depression. (One of those worries is more realistic than the other, says Freed: Fortunately, pediatric cancer is quite rare and has a cure rate of close to 90 percent.)

But most of the concerns highlighted in this report make a lot of sense, says Freed. Cyberbullying and other online dangers, for example, can be very real threats to children with access to the Internet and social media. Experts say it can contribute to anxiety, depression, and even suicidal thoughts and behaviors; it can also leave young people vulnerable to online predators.

MORE: A New Therapy May Cure Kids of Peanut Allergy

“We don’t really know exactly how often cyberbullying happens, but the fact is that so many children have access to—and spend a lot of time on—social media,” says Freed. “It’s a well-placed concern of parents that not all of these interactions are going to be positive.”

One simple way to keep kids safe online may be to make sure they’re not providing personal identifying information on social media, chat platforms, or in shared gaming environments, he adds.

Motor vehicle accidents, also a top concern in the survey, are the leading cause of death for children ages 2 to 14. Many of these deaths could be prevented, though, says Freed: More than one-third of children who die in car crashes are not buckled up.

This likely reflects parents’ concerns about their children driving while distracted, but also about their children being in cars with other teen drivers, he says. “It underscores the importance of having a discussion about never getting into the car with someone who’s under the influence of drugs or alcohol,” he adds, “and giving kids the ability to call their parents, without consequences, to get them out of an unsafe situation.”

For children in general—but not necessarily their own kids—parents also rated not getting enough exercise, unhealthy eating, drug abuse, and Internet safety among their top five health concerns. Child abuse and neglect, suicide, depression, teen pregnancy, and stress rounded out the top 10.

Freed says that, for some of these issues, parents can put their mind at ease by making sure their kids are up-to-date on medical screenings, immunizations, and physical exams. They can also set a good example for their children by providing more healthy food (and less junk food and soda) and encouraging healthy lifestyle habits at home.

He also says that no matter what parents are worried about when it comes to their children’s mental or physical well-being, it’s important to regularly discuss health and safety issues as a family—not just during back-to-school season, but all year round. 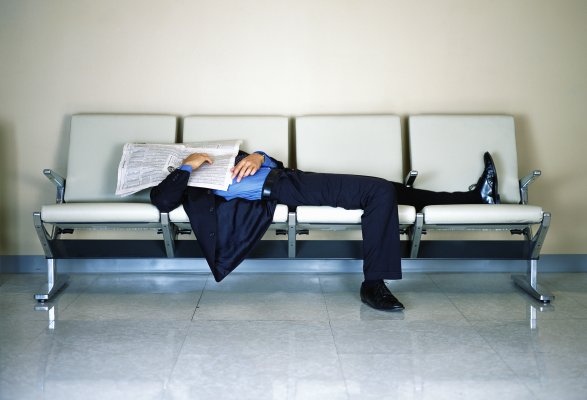 3 Surprisingly Easy Jet Lag Cures to Try on Your Next Trip
Next Up: Editor's Pick