How Faith-Based and Private Schools Can Help Chicago Youth

Tavon Tanner, 11, on his way to school, Nov. 28, 2016 in Chicago. Tanner has started attending school for a few hours a week after recovering from his gunshot injuries he received when he was shot on his porch on Aug. 8, 2016.
E. Jason Wambsgans—Chicago Tribue/TNS/Getty Images
Ideas
By Nicole Garnett
Garnett is the John P. Murphy Foundation Professor of Law at the University of Notre Dame and co-author of Lost Classroom, Lost Community: Catholic Schools’ Importance in Urban America.

In Chicago, a city where violence has engulfed families and neighborhoods — a four-year-old was among the thirty-six people shot in yet another bloody weekend last month — low-income children are in desperate need of a path out of the cycle of poverty and violence.

We cannot know how many of the perpetrators of the shootings graduated with the skills necessary to be prepared for a life after the classroom. But the evidence suggests too few of Chicago’s children are achieving the educational milestones that predict success. For some of them, the problem may be the lack of access to schools that would best serve their needs.

A study released last month by the National Bureau of Economic Research reveals that private and faith-based schools are increasingly out of reach for working-class families. Nationally, the enrollment gap between kids from high- and median-income families jumped from 5 percentage points in 1968 to a whopping 19 points in 2013.

The solution that disadvantaged Chicago kids need: a tax credit scholarship program that would allow individuals and businesses to claim a credit against their tax bill for donations made to scholarship-granting organizations. In turn, those donations would go to fund scholarships for students to attend a school of their choice. This is one of the most important decisions that a parent makes. It’s essential that we ensure that America’s most affluent families are not the only ones to have the freedom of that choice.

Lawmakers in Illinois have an opportunity to change this dynamic, as the state’s education funding bill winds its way through its final legislative stages — and other states should follow suit. Some, including Florida, have already shown that this relatively minor change can make a major difference for the families that are able to finally take advantage of educational choice.

There is also striking evidence, documented in numerous studies, that tax-credit scholarships lift student achievement in public schools. For example, a study by scholars at Northwestern University found that a similar program in Florida created modest improvements in student test scores by public school students and a healthy new level of competition that forced everyone to be more accountable.

Catholic schools provide a good example — and have been a major force in this movement. In Florida, for example, 18,823 kids are enrolled in Catholic schools on a tax credit scholarship for 2017–2018, according to the nonprofit group Step Up For Students. And there is certainly room to grow in Chicago. Officials from the Archdiocese of Chicago estimate that there are at least 100,000 empty seats in their Catholic schools. An estimated 50% of Chicago Catholic schools qualify for free-and-reduced lunches, and about 20% of them fall under the federal poverty line, according to the Archdiocese — yet it cannot afford to pay tuition for all the students who need it.

Moreover, my research on Catholic schools in Chicago shows that they also act to deter violence and build social cohesion in neighborhoods. In the first study of its kind, my co-author and I found that the crime rate in police beats with Catholic schools was, on average, at least 33% lower than in police beats without them. We also linked Catholic school closures to increases in serious crime. In effect, they are part of the glue that reinforces the social cohesion of the surrounding community — meaning that the tax-credit scholarship program being considered by Illinois lawmakers would not just increase educational options but also help develop the community.

But the question before lawmakers is not just about Catholic schools. It’s also simply about what children and their parents want. A new Gallup poll released this week shows that private schools have become increasingly enticing for parents seeking more options for their children. According to the survey, independent private schools rate better than four other types of American educational institutions. The poll found that 71% of respondents rated independent private schools as excellent (21%) or good (50%). “Americans as a whole believe private and parochial schools do a better job of educating students than public schools do,” wrote Gallup’s Lydia Saad. She added that this “might be remedied with the right federal or state public school education policies.”

We must ensure that all students have access to an equal playing field. Quality public schools are critical to this goal. But private, faith-based and charter schools also serve public education. More needs to be done to extend educational opportunities to students who need them most. 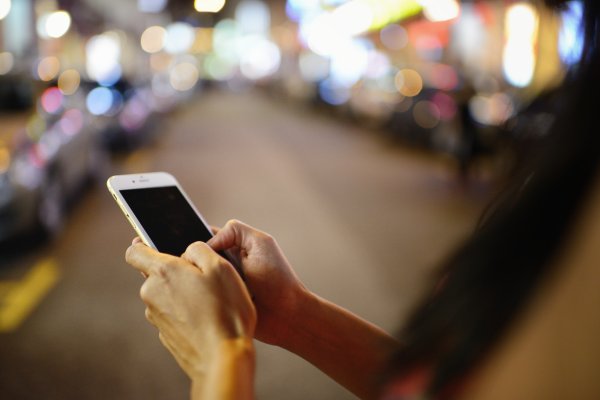 8 Effective Ways to Really Learn a New Language as an Adult
Next Up: Editor's Pick