Media mogul and homemaking hero Martha Stewart knows a thing or two about running of a business empire while pursuing life’s simple pleasures. In a new run-down of her daily habits with The Cut, Stewart described her days, which includes waking at sunrise to greet her three cats, five dogs and thirty canaries.

“I generally read the New York Times right away. I have my iPad right next to my bed and I do the mini-crossword puzzle — if I haven’t done it before I go to bed, because the new one is posted around midnight. It’s sort of a habit I have,” she explained of her early-morning routine. After letting out her cats and turning a special light on for her many canaries (“They’re very healthy canaries”), Stewart will hit the gym with her two French bulldogs. This all happens before breakfast, which includes a small cappuccino (“with whole milk”), a homemade green juice and some food: she’s into soft-boiled eggs, wheat germ or spelt. Finally, Stewart heads out on her hour-or-more commute to Manhattan, during which she’ll read not one but three newspapers (the Times, the Wall Street Journal, and the New York Post) and take calls.

The secret to it all, though, might just be those fresh eggs.

“Most people who have chickens will tell you their chickens stop laying in the wintertime. And mine never stop laying… I really think it’s attributed to the fresh food that they get, all year round,” she mused. “I mean, the yolks of my eggs taste better than any you’ve ever had.” Sounds like a good way to kick off a day. 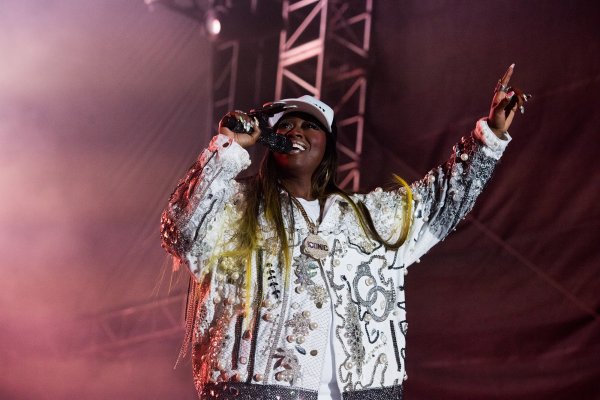 Thousands Sign Petition to Replace a Confederate Statue With Missy Elliott
Next Up: Editor's Pick