Why People May Have Pig Organs Inside Them One Day

More than 116,000 Americans are waiting to receive an organ transplant, and about 20 die each day during the wait. Scientists are eager to find solutions to the organ shortage.

That’s why a recent landmark report in the journal Science, which detailed the creation of piglets that could potentially provide organs for human transplants in the future, is being heralded as a “real game changer.” Researchers from Harvard University, the biotech company eGenesis and other institutions explained how they used cloning and the gene-editing technology CRISPR to create pigs that may be used for human organ transplants down the line—if further research proves them safe and effective.

The findings have obvious implications for the many people waiting for a transplant. But one of the lead study authors, George Church, a geneticist at Harvard and founder of eGenesis, says the promise of pig organs that are compatible with humans may be even bigger. If pig organs could be engineered to be even healthier and more durable than the average human organ—which Church believes is possible—they could have a profound effect on human health and longevity, he says.

Pig organ research is still in very early stages, and the researchers, including Church, say they are still years away from fully understanding whether pig organ transplants are even safe.

In this study, Church and his colleagues were able to create piglets free of the viruses that would make them unsuitable for human transplant. Church believes that scientists may be able to take it one step further and engineer pig organs to be free of disease and resistant to cancer and some age-related deterioration. “One thing about pig organs that I find even more attractive than just helping the transplantation crisis is that it can be preventive medicine,” says Church. People who need an organ transplant who are a high risk for hepatitis B, for example, may benefit from a liver engineered to be resistant to the disease. “Cells and organs which are resistant to cancers, pathogens and senescence could be better in a preventative sense than the normal human organs which are being replaced,” he says.

They may also be fresher, he says. “Many transplant surgeries are canceled with the patient on the operating table because the replacement organ is a few hours too old.”

If the use of pigs as organ donors eventually becomes an approved procedure, Church says it could be possible to keep live pigs on site at a hospital. He believes it may also be possible to engineer their organs to be safely preserved though cryopreservation—freezing tissues for storage—or other methods, he says, which could cut down on transplant time.

Church says that pig organs could potentially also be engineered to be better matches for recipients, which may reduce the likelihood that the recipient’s immune system rejects the organ. Heart valves from pigs have already been successfully transplanted into patients. Organ rejection is currently a serious risk, and people who receive an organ transplant must take potent drugs that suppress their immune system to prevent rejection. But the drugs, which are powerful and taken for a person’s entire life, also increase their odds of health problems like infections or heart disease.

Even people who do not need a transplant, but want an elective one, may someday benefit from these porcine organs, Church says, though that is a very long way off. “The whole idea that we are not going to enhance anyone, I think, is a fake promise,” he says. “It would have to start with augmented or enhanced organs needed to deal with patients in very tough life and death conditions in which ‘conventional’ organs are likely to fail.”

Again, the research is still early. But Church says that clinical trials in humans could start in as soon as two years.

Arthur Caplan, a bioethicist at NYU School of Medicine who has studied and written about the ethics of organ transplantation, says he doesn’t see a problem with enhanced organs described by Church, instead calling them “highly desirable.”

“It would open the door to use of organs from cancer victims and reduce risk of transmitting viruses,” Caplan said in an email response to TIME. “I see no downside.”

“The biggest priority would be to engineer organs that are less likely to be rejected,” Caplan adds. “The drugs used now to prevent rejection have terrible side effects, but there is no choice. Disease transmission is a real problem, but engineering a ‘universal’ supply of organs would reduce terrible toll from rejection and cost of drugs.”

Before humans are able to use organs from pigs, Caplan says safety studies are required, recipients should be warned about possible risks and experts need to think about who gets priority. It will still likely be several years until physicians are debating these questions, but it’s clear at least some scientists are considering the possibility. 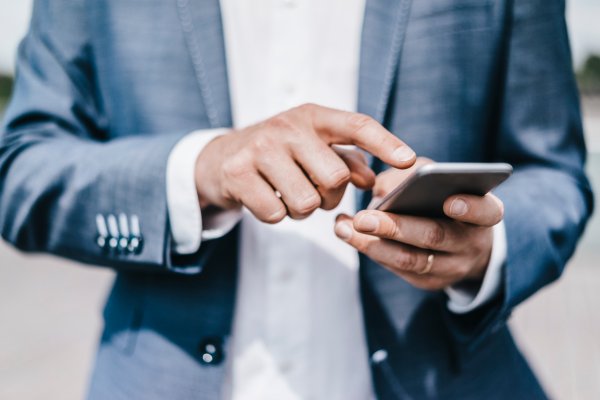 Your Cell Phone Is 10 Times Dirtier Than a Toilet Seat. Here's What to Do About It
Next Up: Editor's Pick