Trump Stares Into The Sun, Gets Burned by The Daily Show

President Donald Trump watched the solar eclipse from the White House yesterday. Despite warnings from scientists not to look directly at the sun without eclipse glasses, the President appeared to stare directly at the eclipse (much to the delight of the internet). The President may have avoided eye damage, but he didn’t manage to avoid getting burned by Trevor Noah on The Daily Show.

On Monday night’s episode, Noah commented on Trump’s decision to ignore the advice of the professionals and his own aides and glance up at the sky during the eclipse. “Apparently, the President’s aides were really worried about him so they told him not to look directly into the sun,” says Noah. “And Donald Trump was like, ‘Don’t worry about me! That’s my policy. Every day, don’t look at the son.” Noah then pulled up a picture of Trump’s son, Eric. “Don’t talk to the son. And definitely don’t celebrate the son’s birthday. Nothing,” joked Noah, channeling the President.

Of course, Trump wasn’t the only White House eclipse watcher to catch Noah’s attention. “Look at Jeff Sessions. He looks so adorable,” says Noah. “It’s like he’s watching Santa ride off into the sky with all the toys he helped make.” 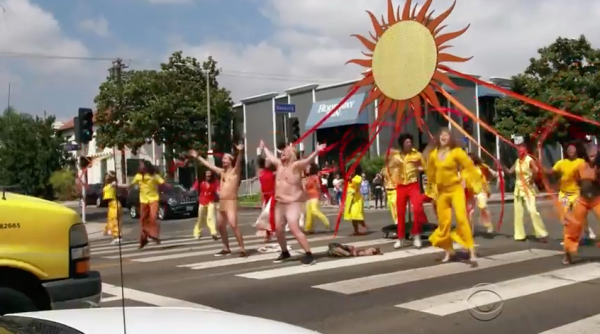