President Trump Says the U.S. Will Stay in Afghanistan, but America's Next Steps Remain Unclear

Officials in Kabul who woke up early local time Tuesday to watch Donald Trump outline his strategy for Afghanistan must have grown nervous when the U.S. President said: “my original instinct was to pull out, and historically I like following my instincts.”

For Afghanistan, a sudden withdrawal would have been the worst possible outcome of the new American administration’s review of its Afghan policy, putting a big question mark over the survival of the U.S.-backed government led by President Ashraf Ghani as the war there goes from bad to worse. Just how bad it has become is evident from a quick summary of the facts. More than a 16 years since the U.S.-led invasion of the country, the Taliban is resurgent, controlling large chunks of Afghan territory; ISIS has reared its head in the east of the country; and al-Qaeda, the reason the U.S. turned its attention to Afghanistan in the first place, remains a threat. In fact, only around 60% of Afghanistan’t 407 districts are under government control or influence. Just under a third are contested, with the remaining under insurgent control or influence, according to the latest tally from the Pentagon’s watchdog for Afghanistan.

Meanwhile, the death toll continues to rise. Figures from the United Nations mission in the country show that civilian casualties remain at record highs, with more than 1,600 deaths confirmed in just the first six months of this year. An additional 3,581 civilians were injured over the same period. Among the dead were the more than 150 people who perished after a massive truck bomb exploded in the center of Kabul, right next to the German Embassy building and down the road from the Afghan Presidential palace. It was the deadliest attack since the U.S.-led invasion of the country in 2001.

Read More: ‘There Is a Country to Build’: Afghanistan’s President Ashraf Ghani Gives an Exclusive Interview to TIME

But even as Trump went on to accept that the “consequences of a rapid exit are both predictable and unacceptable,” signaling his intention to deepen America’s involvement in Afghanistan and no doubt triggering sighs of relief across Kabul, he left out a number of key details. Chief among them: exactly how many soldiers he would add to the 8,400 strong U.S. force on the ground. Reports in recent months have suggested a possible deployment of an additional 3,000-4,000 soldiers, but the specifics remain unclear.

At present, the U.S. contingent works in concert with some 4,600 NATO soldiers, with the international troops focused on the twin missions of training Afghan soldiers and fighting terrorists from al-Qaeda, ISIS and other groups. As Trump acknowledged, Afghanistan is in many ways the front line in the fight against terrorism: 20 U.S. designated terrorist organizations operate in the borderlands between Afghanistan and Pakistan, the highest concentration globally.

The threat from these groups is central to why the U.S. cannot afford to walk away, say Afghans, who have spent the past few months arguing for change in strategy from the Obama years, when the focus was on withdrawing from Afghanistan. “The most important thing, from their perspective: their security depends on us,” the Afghan President Ashraf Ghani told TIME in May. Like Trump in his primetime address Monday night, Ghani cited the 9/11 attacks, engineered by Osama Bin Laden and his al-Qaeda terrorists who were given by sanctuary by the Taliban regime that ruled Afghanistan at the time.

“If I am correct in saying that this is a war over Afghanistan, I would like the American taxpayer to imagine, [given] what Osama [bin Laden] alone could do … what if a third, a half, God forbid, or all of Afghanistan, is a center of global terrorism incorporated? The threats, given the way threats operate now, will become much more pronounced,” Ghani warned, adding that al-Qaeda is “not finished by any means.”

Ghani also highlighted Pakistan, a country he has accused of waging an “undeclared war” on Afghanistan by giving shelter to the Taliban, as a hurdle to peace and stability in his own country. The U.S., he said, had to show Pakistan that “continuing to sponsor destabilizing forces… harms their own interests.” There can be no distinction, he added, “between good and bad terrorists. There can be no such thing. This is a snake that will bite you.”

Which is why Trump’s words on Monday night, that the U.S. would seek to change “the approach in how to deal with Pakistan,” would have played well in Kabul. “The Pakistani people have suffered greatly from terrorism and extremism. We recognize those contributions and those sacrifices,” Trump said. “But Pakistan has also sheltered the same organizations that try every single day to kill our people. We have been paying Pakistan billions and billions of dollars at the same time they are housing the very terrorists that we are fighting.”

Yet, again, it is not clear what exactly Trump will do. Past U.S. Presidents have also called on Pakistan to crack down on terrorist groups, even as the problem has worsened. In recent years, Pakistan has also deepened its relationship with China, which has pledged to invest tens of billions of dollars in the country. How will Trump deal with that dynamic, and how will his approach differ from his predecessors? Both questions remain unanswered after Monday’s address.

One thing is clear: Nearly 16 years after the U.S.-led invasion of the country, during which time more 2,200 U.S. troops have lost their lives fighting in Afghanistan, there is still no end in sight for what has become America’s longest war. 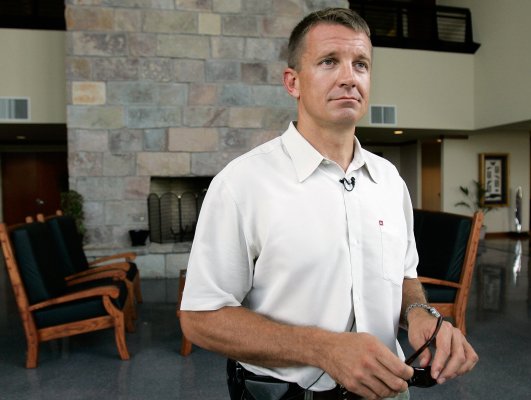 Should Mercenaries Take Over In Afghanistan?
Next Up: Editor's Pick