56% of Americans Disapprove of President Trump's Response to Charlottesville

A majority of Americans disapproved of President Donald Trump’s response to the deadly clashes at a white supremacist rally in Charlottesville, Va., according to findings from a new poll.

The Washington Post-ABC News poll found that 56% of adults disapproved of Trump’s response, while just 28% approved. There was a stark difference along party lines, as 84% of Democrats said they disapproved and just 19% of Republicans said the same. Among independents, 55% disapproved compared to just 28% approving.

The survey was conducted after the press conference in which Trump defended people associated with white supremacist groups and said “both sides” were to blame for the violence in Charlottesville that left one counter-protester dead. The remarks earned him praise from white supremacists.

An overwhelmingly majority of Americans said it was unacceptable to hold neo-Nazi or white supremacist views, and just 9% said those views were acceptable. 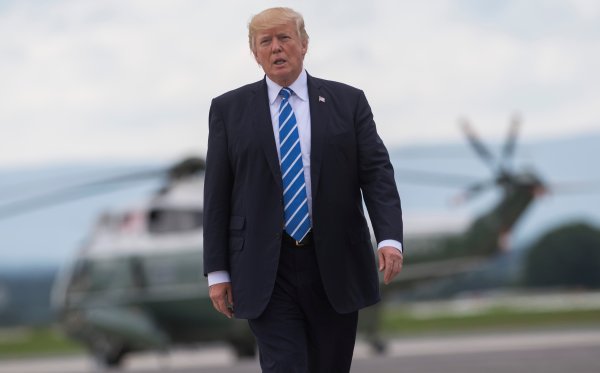