This Video of Skydivers Plunging Through the Solar Eclipse Is Insane

Six professional wingsuit jumpers experienced the total solar eclipse from midair 14,000 feet above Madras, Ore. on Monday — a stunt they say is the first of its kind.

Video captured by OutsideTV shows them jumping at 10:18 a.m. local time — 30 seconds before the eclipse reached totality. They traveled at a speed of 150 miles per hour through a darkening sky, as the eclipse progressed.

“This jump will be remembered forever and will go down in the record books,” one of the jumpers wrote in an Instagram post, calling it an “intense moment.”

The “Great American Eclipse” began in Oregon on Monday, following a path of totality that concluded about 90 minutes later in Columbia, S.C. 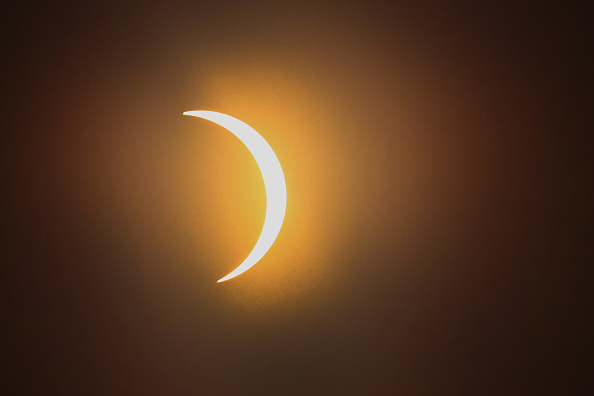 The Moon Trolled the Sun Online During the Solar Eclipse Because This Is 2017
Next Up: Editor's Pick