See What the Solar Eclipse Looked Like From Oregon

A total solar eclipse started in Oregon before moving eastward across the U.S. on Monday. The rare phenomenon marked the first time since 1979 that an eclipse was visible from the contiguous U.S. — a narrow portion of the country was in the eclipse’s path of totality and saw the eclipse in full, while the rest of North America saw a partial eclipse.

About a million people flocked to Oregon, which was the first state to see the solar eclipse. The best views in the state fell in cities such as Salem, Madras and Lime, where people were able to see the total eclipse. Hotels and camp sites in Oregon began booking up years in advance, and were at full capacity by the morning of the celestial event. A viewing party held at the state fairgrounds in Salem, organized by the Oregon Museum of Science and Industry, also sold out.

Check out photos of the eclipse from Oregon below. 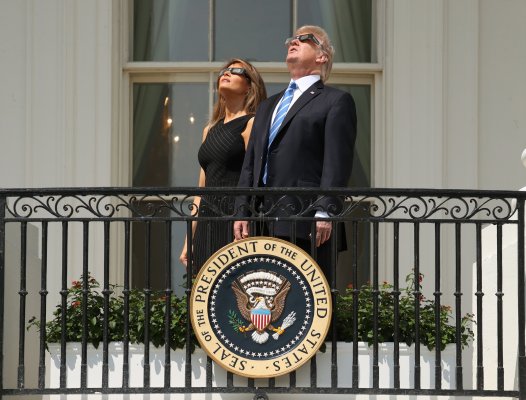 President Trump Looked at the Eclipse Without Glasses. The Internet Had a Field Day
Next Up: Editor's Pick