The way TIME talked about the Oscar-winning actor Sandy Dennis (Who’s Afraid of Virginia Woolf?, Up the Down Staircase) in a cover-story profile is fairly shocking to read today. Though Hollywood’s beauty standards have hardly gotten less rigorous, polite observers usually rely on euphemism when they want to say something mean about the way women on the big screen look, or at least confine such thoughts to quotes from haters and trolls. In 1967, clearly, such concerns were not an issue.

One of Dennis’ “friends” was anonymously quoted saying that her body was like a cup of tea in which all the sugar had gone to the bottom, and despite the “lovely honey color” of her hair, TIME’s unbylined writer plainly stated that she was “no beauty” thanks to her buck teeth. “Partly because of indiscriminate eating of heavy Russian food,” the story continued, “she has lately swelled to 132 lbs. (at 5 ft. 4| in.), twelve over her working weight.”

And yet, while the unabashed judgment of her looks reads a half-century later as a major misstep in a story that is ostensibly about Dennis’ acting talents, her reaction to that judgment is strikingly modern.

Decades before today’s stars embraced body-positivity, Dennis acknowledged that she didn’t fit with physical expectations from Hollywood and decided that she had more important things to worry about. In the era of girdles, she went beyond rejection of that proto-shapewear, likewise dismissing bras and stockings, as well as jewelry and fancy clothes in general. In 1962, she had walked away from a TV job when asked to “pad her bustline,” and refused to get cosmetic dental work.

“When I was a kid, I worried about the way I looked,” she told TIME, “because other people always looked better. But I’ve come to the point in my life where I realize that looking good takes time, and I don’t have that time. I appreciate people who do—you know? I don’t look down on it. Now, I never wear hose. And the reason I do not wear hose is, No. 1, I have to shop for them and, No. 2, I have to wear them and they get runs in them and, No. 3, I have to wash them and take care of them. And then you have to have something to hold them up with. And that gets into a whole … a whole way of life that I just don’t have time for.”

Dennis’ career would end up sadly shortened — she died in 1992 of cancer, at just 54 — but her attitude toward the unreasonable demands placed on women in Hollywood remains a powerful statement about an enduring problem.

American Nazi: On Aug. 25, George Lincoln Rockwell — founder of the American Nazi Party — had been killed by a recently fired employee. TIME spared a few paragraphs for the man who was “a failure at just about everything he tried” and the “chimerical world” of hate in which he had lived.

Smoking gun: Though three years had passed since the U.S. Surgeon General had officially reported that smoking cigarettes caused cancer, the national news section this week made clear that many Americans remained reluctant to acknowledge the truth. More Americans smoked than ever (puffing on 545 billion cigarettes in 1966) and inventors, scientists, tobacco-industry leaders and legislators alike were all on the hunt for a way to make smoking safer. The latest attempt at an effective filter, however, was setback when Columbia University announced that it would not license a filter from which it stood to make millions until further tests proved it actually worked.

Diplomacy amid chaos: The muted international response to an episode in which Chinese forces had rushed the British diplomatic compound in Hong Kong illustrated one of the results of the chaos wrought by the then-ongoing Cultural Revolution. “In normal times, Peking’s flagrant behavior would have been cause for an instant break in diplomatic ties. But these days nothing is normal in China —vulgar displays of xenophobia are balanced against the value of having a man on the spot, a diplomatic observer who can help keep track of the anarchy raging inside the Communist giant,” TIME noted.

Contagions: A public-health story about “VD detectives” reported that, amid skyrocketing rates of gonorrhea and syphilis in the U.S., Boston had deployed a squad of 50 field epidemiologists to actively track down the sexual contacts of anyone diagnosed with a sexually transmitted infection. Among their findings: 85% of cases were the result of “heterosexual free love” and, among the area’s many colleges and universities, Harvard ranked first in “sexual activity as revealed by VD.”

Musical mystery: The music section made a rather half-hearted effort to answer one of the biggest pop-culture questions of that summer — “What did Billie Joe McAllister throw off the Tallahatchie Bridge?” The best a short profile of “Ode to Billie Joe” singer Bobbie Gentry had to offer was that the song was “a ballad based on her recollection of life around Greenwood, Miss.”

Great vintage ad: This text-heavy ad for steel offers a little history lesson on the past of oil pipelines — and how the technology, controversial today for different reasons than in 1865, provoked violent protest in its earliest days.

Coming up next week: The New Business Giants 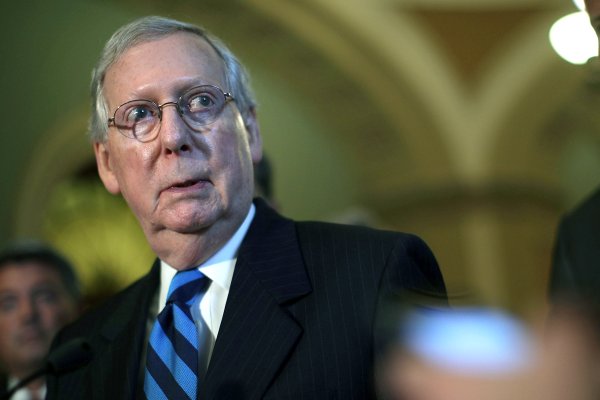 Despite Trump's Protests, Mitch McConnell Says Most News 'Is Not Fake'
Next Up: Editor's Pick