Mental-health problems may have contributed to the shooting at Fort Hood, Texas, which immediately followed a verbal altercation between the suspect, Army Specialist Ivan Lopez, and another soldier, said Fort Hood Commanding General Mark Milley on Thursday.

In a news conference, the lieutenant general said Lopez had a medical history indicating an “unstable psychiatric or psychological condition” that he said investigators believe to be a “fundamental underlying factor.” Milley said on Wednesday that Lopez was undergoing evaluation to determine if he suffered from posttraumatic stress disorder, but he was not diagnosed.

Earlier Thursday, Army Secretary John McHugh told Congress the suspect was undergoing treatment for depression, anxiety and sleep disturbances, and that after an examination last month the Army planned to “continue to monitor and treat him as deemed appropriate.”

Lopez, 34, allegedly killed three people and injured 16 others before turning the .45-caliber gun on himself. Twelve people remain hospitalized. At the news conference Thursday, Milley said there was a “strong possibility” that Lopez was in a verbal fight immediately prior to the shooting on Wednesday, but there was no indication the suspect targeted specific people in the rampage. He also reiterated that investigators have not ruled out any motivations for the attack, though he said they had found no links to extremism.

Lopez, from Puerto Rico, enlisted in the Army in 2008 and was deployed twice — including for four months in Iraq in 2011 — where he drove trucks and did not see combat, McHugh told Congress. He added that Lopez was married and investigators had questioned his wife.

About 25% of servicemen returning from the wars in Afghanistan and Iraq suffered posttrauma mental-health problems, according to Yuval Neria, director of the Trauma and PTSD Program at Columbia University. And despite growing national awareness, he said, many soldiers still do not receive appropriate treatment, exasperating symptoms that can include frustration and anger.

“It’s important to note that PTSD by itself is not a disorder that is characterized by violence,” Neria said. “Where posttrauma-related depression is not addressed in time and it is not addressed appropriately, then you can see anger and frustration, and eventually the risk of violence.” 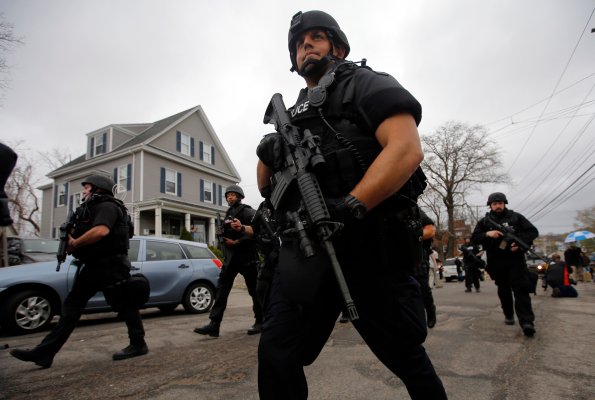