Jay-Z Breaks Silence on His Elevator Fight With Solange: 'She's Like My Sister'

It was the kick felt ’round the world.

In 2014, JAY-Z made headlines when he got into a post-Met Gala elevator fight with his wife, Beyoncé‘s, sister Solange. Now, the 47-year-old rapper is opening up about the infamous scuffle that saw Solange kicking, punching and lunging at him.

“We had one disagreement ever. Before and after we’ve been cool,” Jay (né Shawn Carter) said in a recent interview with Rap Radar hosts Elliott Wilson and Brian “B.Dot” Miller. “She’s like my sister. I will protect her. That’s my sister, not my sister-in-law. My sister. Period.”

The famous trio were dressed to the nines at The Standard hotel in New York City when Solange attacked Jay. Beyoncé stood by silently, only intervening briefly. Video from the camera inside the elevator was leaked to TMZ, turning what would have been a private scuffle into a very public fight.

“We’ve always had a great relationship,” the “4:44” rapper added of Solange.

“I fought my brothers and argued with my brothers my whole life. It just so happens, who we are, these things go into a different space. But it ain’t nothing.”

The pair seems to have patched things up since the incident. But Jay’s most recent album sparked fan theories that the project title, 4:44, alluded to the chaotic moment. The address of Le Bain, the hotel’s rooftop bar, is 444 West 13th Street.

The revealing interview has made headlines in recent days as the star also addressed his feud with his former best friend and collaborator Kanye West.

“You got hurt, because this guy was talking about you on a stage,” JAY-Z said referencing West’s infamous Sacramento concert rant last year. “But what really hurt me, you can’t bring my kid or my wife into it. … We’ve gotten past bigger issues, but you brought my family into it, now it’s a problem with me.” 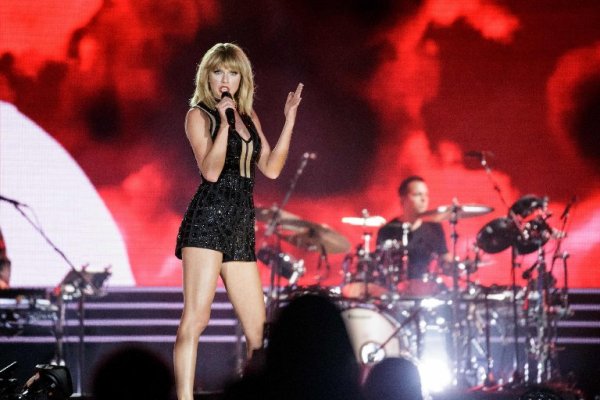 Taylor Swift Blacks Out All of Her Social Media and the Internet Is Melting
Next Up: Editor's Pick