There’s only one episode to go in Game of Thrones‘ seventh season, and judging by the teaser trailer, it looks to be an epic one. Following Jon Snow and company’s capture of a wight in “Beyond the Wall,” almost every major character is headed to King’s Landing for a pow-wow with the Queen of the Seven Kingdoms herself, Cersei Lannister.

The 45-second preview shows everyone from Tyrion Lannister to Theon Greyjoy to Podrick Payne entering what appears to be the Dragonpit — a coliseum-like structure that sits atop Rhaenys’ Hill in King’s Landing — for what is sure to be a monumental clash of Westeros’ power players.

Sansa, however, is still at Winterfell, having sent Brienne to the meeting in her stead while Daenerys is conspicuously missing from the promo altogether. Make of that what you will. 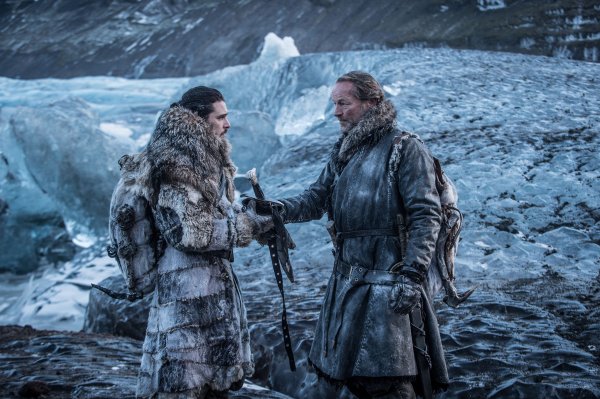 Take the Edge Off That Super Stressful Game of Thrones Episode With These Amazing Memes
Next Up: Editor's Pick