The Trump administration has chosen to disband a federal advisory panel aimed at guiding public and private-sector officials in understanding the findings of the government’s reports on the climate.

The 15-person Advisory Committee for Sustained National Climate Assessment, which is comprised of academics, industry, government and local officials, was established in 2015 by the National Oceanic and Atmospheric Administration (NOAA). The charter for the group expired Sunday, and NOAA’s acting administer told the committee’s chair that the panel would not be renewed, the Washington Post reported.

NOAA communications director Julie Roberts confirmed the dismantling of the panel — first reported by the Post — to TIME. She clarified that “this action does not impact the completion of the Fourth National Climate Assessment, which remains a key priority for the Department (of Commerce) and NOAA.”

Part of that report, which has been detailed by the New York Times, notes that the average temperature in the U.S. has grown dramatically since 1980. “Many lines of evidence demonstrate that human activities, especially emissions of greenhouse (heat-trapping) gases, are primarily responsible for recent observed climate change,” the scientists from 13 federal agencies wrote in the report.

President Donald Trump recently signed an executive order addressing the nation’s infrastructure, which eliminated a part of an order from former President Barack Obama that required the federal government to take climate change and a rising sea-level into account when building. 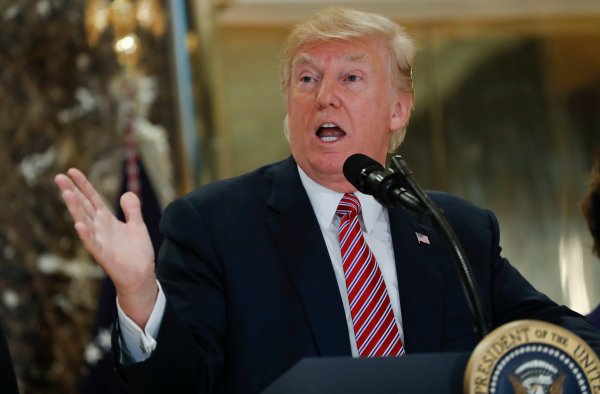 President Trump's Popularity Took a Dive in These 3 Key Swing States
Next Up: Editor's Pick