'It Looks Really Bad.' This Man Has a 36-Year-Old Piece of Princess Diana's Wedding Cake

This man has a slice of a 36-year-old fruitcake, but he’s held onto it for an interesting reason — it was from Princess Diana’s wedding cake.

John Hoatson of Fort Lauderdale has a collection of royal memorabilia, though he says his favorite piece is a leftover slice of fruitcake from Princess Diana’s 1981 wedding, which he remembers watching on television as a child.

“It will never get old. It’s preserved by the air,” Hoatson told the Tampa Bay Times, “I sent the cake to England and the box was signed by two of her bridesmaids, India Hicks and Clemmie Hambro, who was of course her littlest bridesmaid at 5 years old. I really like the letters and cards. She was a huge card writer. I have an engagement letter from right after she was engaged to Charles. It’s signed ‘Lady Diana.'”

He told the Times that while many people ask if he’s ever had a taste, he has not. 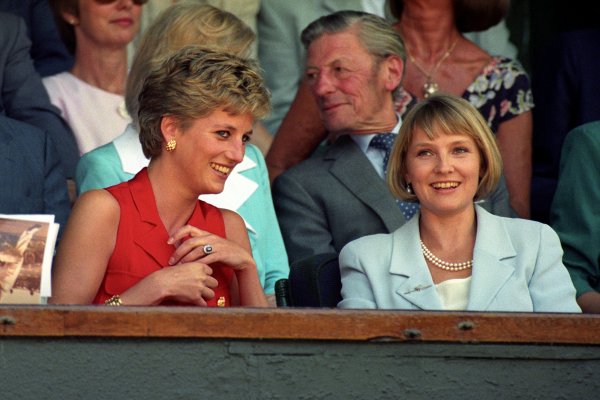 Prince George’s Godmother: Diana’s Death Taught Me to Grieve
Next Up: Editor's Pick