Fitbit May Have a New Way To Detect an Irregular Heartbeat

When a 42-year-old patient came to Our Lady of Lourdes Medical Center in New Jersey to be treated after a seizure last year, doctors were able to identify exactly when his heart rate began to spike by looking at his Fitbit fitness tracker. It let doctors know he’d only been in a-fib for a few hours—well within the window necessary to employ a procedure that brought his heart back into rhythm before sending him home.

As a side perk, it’s already paying dividends, but Fitbit hopes to make its activity monitors even more useful in situations like these. The company is researching ways in which its wristbands can be used to assist those who suffer from atrial fibrillation by identifying periods in which abnormal heart beats may be occurring, a Fitbit executive told TIME. “When we start to look at our PurePulse [heart rate monitor] data that we get from all of these users, we began to see irregularities in heart rhythms,” says Subramaniam Venkatraman, Fitbit’s director of research. “From our knowledge of physiology, [that] suggests an indicator of atrial fibrillation.”

Atrial fibrillation is a quivering or irregular heartbeat that can lead to blood clots, strokes and other heart-related complications. At least 2.7 million people in the U.S. live with the condition, according to the American Heart Association. An episode of atrial fibrillation isn’t usually harmful on its own, but it can increase a person’s risk for stroke even when they’re not experiencing symptoms, which can include dizziness, shortness of breath and chest pain.

But some people don’t experience symptoms at all, meaning their condition is only detectable upon physical examination, as the American Heart Association notes. These are the people Fitbit aims to help, and the company says it’s exploring various ways to do so. Fitbit’s research is still in its early stages, but Venkatraman shared a couple of scenarios the company is looking at.

One possibility is a symptom checker within Fitbit’s smartphone app, which would allow users to keep track of the physical indicators they’re experiencing. Fitbit could then analyze the logged symptoms along with data from its heart rate sensor to provide the user with more information. A feature that alerts wearers when they should see a doctor is another potential idea.

But measuring heart rate data from wrist trackers like Fitbit’s presents its own set of challenges. Optical heart rate sensors, which are commonly found in smartwatches and fitness trackers, measure the heart rate by shining a light through the wearer’s wrist to monitor his or her pulse. But using this type of technology can be tricky when attempting to detect arrhythmia, since the data gathered by the optical sensor is generally only clean enough to spot abnormalities when the wearer is stationary or asleep, says Venkatraman.

Sensors that measure the heart’s electrical activity, known as EKGs, are more effective at detecting arrhythmia regardless of activity level. But these sensors don’t measure heart activity over long periods of time the way a wrist-worn optical sensor can. One of the most common solutions, a Holter monitor, only records the heart’s electrical activity for 24 or 48 hour periods, according to the National Blood, Lung, and Heart Institute. A Fitbit fitness tracker by contrast can log heart rate over extended periods of time, noticing aberrations Holter monitoring might miss. “Over a year, if you’ve ever had an episode of atrial fibrillation, there’s a chance you can catch it,” says Venkatraman. “So that’s a huge advantage.”

Using a Fitbit wristband isn’t reliable enough to accurately detect abnormal heartbeats today, says Eric Topol, director of the Scripps Translational Science Institute. But he predicts that definitive data to support such use cases could come in the next year. “You can certainly through the sensors tell that you’ve got an irregular rhythm,” says Topol. “The only question is how often is it a true positive for atrial fibrillation versus a false positive.”

That’s part of what Fitbit’s research and development team is currently working on. The company is building a data set and learning more about the level of performance its PurePulse heart rate sensors can provide for detecting atrial fibrillation. Venkatraman couldn’t go into specific detail, but did say Fitbit is seeing “very promising early results.”

The larger question may be whether or not the public will trust Fitbit with more than monitoring their exercise and fitness levels. Fitbit faced a class action lawsuit last year in which some owners alleged that its PurePulse heart rate technology was inaccurate. Fitbit stood by its technology, adding that it would “work with the appropriate regulatory agencies to make sure we’re doing this the right way” when it comes to detecting atrial fibrillation.

It’s not the first time Fitbit has sought to tackle more ambitious health issues that reach beyond basic fitness tracking. Fitbit said in July that it’s also working on technology to help those affected by sleep apnea, CNBC reported, a serious disorder in which someone’s breathing is interrupted while they slumber.

Exactly how and when Fitbit’s atrial fibrillation research will appear in the company’s products is undecided. But Venkatraman did say the improvements would likely come in the form of new software that would work with existing Fitbit hardware. “That is certainly something we’re thinking about,” he says. “We’re still evaluating what the best path is to bring this technology to market.” 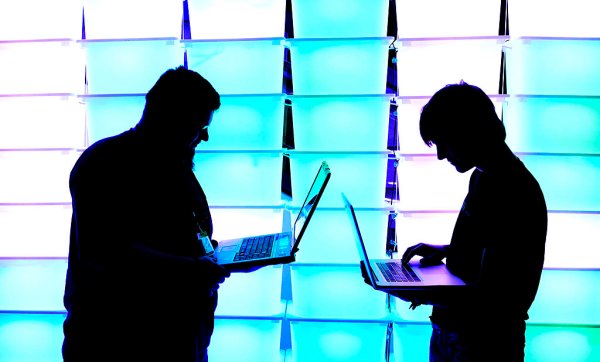 Here's How Much Faster Your Next Laptop Will Be
Next Up: Editor's Pick