Fourth graders at Clardy Elementary School in Kansas City, Mo. practice the proper use of their eclipse glasses on Aug. 18, 2017 in anticipation of the solar eclipse.
Charlie Riedel—AP
By Melissa Chan

Trump to address nation on Afghanistan

President Donald Trump is expected to address the nation tonight on the U.S. military’s next move in Afghanistan after 16 years of war. Trump will deliver his televised speech at 9 p.m. EDT.

A total solar eclipse, visible throughout the U.S., will cross the country from coast to coast today for the first time in history. The rare phenomenon begins in Oregon at about 10:16 a.m. PST and ends in South Carolina at 2:44 p.m. EDT. Watch TIME’s live broadcast here.

Comedian Jerry Lewis is dead at 91

Jerry Lewis, a legendary comedian and filmmaker, has died in his Las Vegas home at 91, his publicist said. Lewis died of natural causes and had battled many ailments, including lung disease pulmonary fibrosis and heart issues, according to the Associated Press.

Ten sailors are missing after a U.S. warship collided with a tanker near Singapore.

At least one person has died after a vehicle rammed into two bus stops in Marseille, France.

The University of Texas at Austin is removing the statues of four figures tied to the Confederacy. 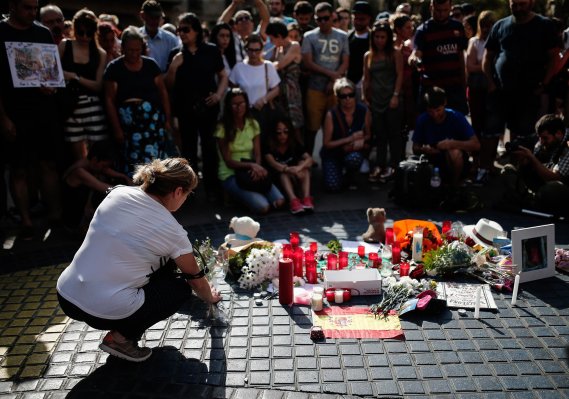 Top Stories: Spain Attacks, James Murdoch and The Defenders
Next Up: Editor's Pick