The ghostwriter of Donald Trump’s famous memoir The Art of the Deal doubled down on his prediction that Trump will resign the presidency before the end of the year.

“The snowball is beginning to gather momentum as it comes down the mountain,” Tony Schwartz told Anderson Cooper on CNN Thursday. “It reminds me a lot of Watergate and the last days of Nixon… He’s put himself in an isolated, no-win position. The level of his destructiveness is staggering.”

His television appearance echoed tweets he had published the day before saying Trump would resign office — and soon.

“The circle is closing at blinding speed,” Tony Schwartz, who CNN reports spent more than a year with Trump writing his 1987 memoir, tweeted August 16. “Trump is going to resign and declare victory before Mueller and congress leave him no choice.”

In a second tweet, he continued, “Trump’s presidency is effectively over. Would be amazed if he survives till end of the year. More likely resigns by fall, if not sooner.”

Schwartz has been an open critic of Trump during his political rise, previously predicting in May that he would resign and telling The New Yorker last year that he “a deep sense of remorse” for his role in Trump’s fame through Art of the Deal. 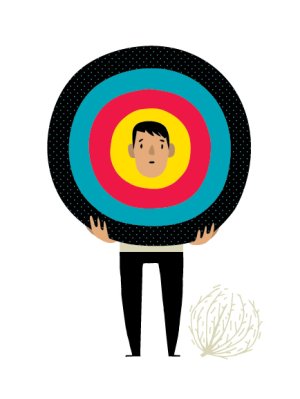 Mr. President, I Demand You Do Your Duty and Insult Me. Please?
Next Up: Editor's Pick