6 Ways for White Allies to Stand Against Hate

Flowers surround a photo of 32-year-old Heather Heyer, who was killed when a car plowed into a crowd of people protesting against the white supremacist Unite the Right rally, August 13, 2017 in Charlottesville, Va.
Chip Somodevilla—Getty Images
Ideas
By Rev. Ryan Eller
Eller is the Executive Director of Define American

It’s time to admit that, as a nation, America is dying.

That is, the idea of America — a place where people can come from all over the world and dream together of freedom — is dying. In fact, it has been on life support for some time, and we’re only now starting to fully recognize it.

Years ago, I joined my Divinity School classmate Rev. Lee Hill at the Alliance of Baptist meeting being held in Birmingham, Alabama. In ministry at New York’s famed Riverside Church, it was important for Lee to take the youth of the Alliance to see the Birmingham Civil Rights Institute, located just across the street from 16th Street Baptist Church, where four girls were killed in a bombing by white supremacist terrorists in 1963. After leading these young people through the museum, we set up a Q&A with local clergy who had been in the pastorate during the civil rights era. Inevitably, the first question the kids asked was, “So, what was it like?”

The first three clergy to speak were white. In a chorus, these very well-meaning, justice-minded men said something along the lines of (I’m paraphrasing), “What you need to understand is that it wasn’t like this every day, often we were learning about things that were happening on the national news like everyone else.” The lone pastor on the panel that was black had a very different take, proclaiming, “I love them, but I’m not sure what these guys are talking about. For us, it was an everyday occurrence of meetings in the church. My congregants were shot at, and we experienced suffocating oppression. Before it hit the news we knew about it because we were there.”

What I realized in that moment is that these white clergy had lived through the civil rights movement, but missed it. I decided that day that if there was ever a movement in my lifetime I wouldn’t miss it.

For nearly two decades now, I’ve been working in and for movements for social progress — in political, nonprofit, and faith-based circles. It’s become commonplace in these groups to suggest that “progress is just one generation away,” meaning, sometimes very literally, that if older generations less welcoming of social change would simply die off, things would inevitably become more equitable and just.

What then do we do with the reality that the unmasked white supremacists marching with torches and the terrorist who plowed into a crowd of peaceful, patriotic Americans in Charlottesville were mostly young men? Young men who look exactly like me. We can start by ending the stale belief that racism and fear can die with a person and recognize that, like any idea, it will be given life until it is rooted out.

Our nation was founded on the genocide of native people, the enslavement of Africans and the creation of “white” as a legally privileged class. Racism and injustice are, therefore, the epidemic that infects all of us as we grow up in American society in varying ways and becomes manifest in our societal structures. Yet at the same time exists America as an idea, not based upon pillaging and enslavement, but upon liberty and freedom. That too has become a part of our roots in America and has always served as the balm that heals our original sins. The epidemic of hate and xenophobia would have walls built up, but the balm of the American idea builds a golden door where the tired, the poor and the huddled masses of the world are welcomed to seek out a new life.

These two equally American extremes can even exist within individuals. My grandfather fought against Nazis in WWII, only to come home and years later utter racial epitaphs against the black men he fought alongside and once considered friends. George Wallace was the champion of segregation during his time as the Governor of Alabama and yet by the end of his life marched with the NAACP and asked for forgiveness.

People can change. I doubt any of us believe the same things we did when we were in middle school. (I’m glad I don’t.) Life experiences and relationships, hopefully those with folks different than ourselves, shape and mold us over time. This is why we must engage, as Jose Antonio Vargas and many more asked us to do.

There are no quick solutions to our ills. Just as the immoral bonds of white supremacy took hundreds of years to strangle our nation, it will take years of sitting in the discomfort and pain of untying those bonds to end it. Attending a rally where only people who agree with you may be therapeutic (and occasionally necessary), but won’t end it. Suggesting that a piece of legislation like comprehensive immigration reform, or advocating for the replacement of a single politician like Donald Trump, will heal us from this epidemic that’s been hundreds of years in the making is short-sighted and coming from a lens of privilege. Andrew Jackson wasn’t the last white supremacist president, nor did the Civil Rights Act end racism. No doubt, the election of people who wish to move us forward is critical, as is any legislation enabling greater access to full citizenship. But ultimately, as a people, we’ll need to choose how we wish to treat one another and how we define American.

Here are a few suggestions to my fellow white allies for how we can be a part of the cure to the malignant epidemic of hate: 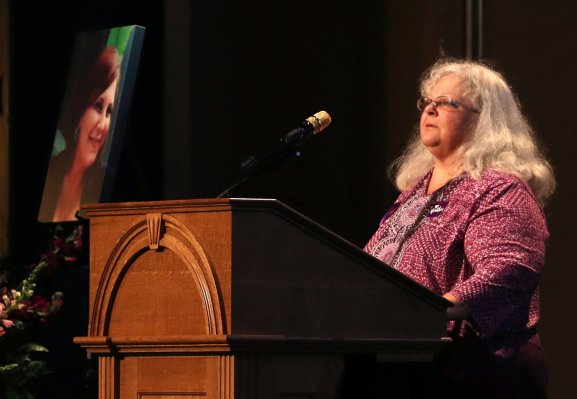