You Can Now Spring For a $3,000 Hermès Luxury Skateboard

French luxury label Hermès has joined other high fashion brands’ embrace of skate culture by offering skateboards that retail for a cool $3,000, a price point that would probably appeal to the same kind of fashion-forward consumer who would spring for Raf Simons’ $200 personalized duct tape.

The skate decks are made out of “light beech wood with a noble maple veneer” and were designed by Henri d’Origny, Hermès’ artistic director. The models come in archival designs from the house ranging from “Bouclerie Modern” and “Sangles en zigzag” and start at $2,900.

Fashion’s infatuation with skateboarding has been steadily trending for the past few seasons, as evidenced by the celebrity-approved Louis Vuitton x Supreme collaboration and designer Demna Gvasalia sending Thrasher sweatshirts down the Vetements runway; whether or not you’ll actually spot an Hermès board on the streets of New York City’s skateboarding mecca Lower East Side, however, remains to be seen.

It will be sold at various Hermès boutiques around the world and online starting late September. 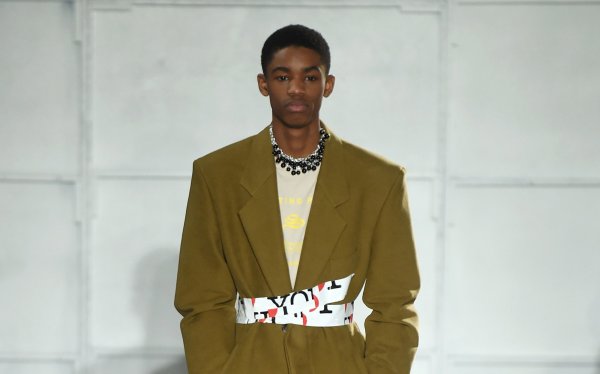 Apparently the Hottest New Menswear Trend Is a $200 Roll of Duct Tape
Next Up: Editor's Pick