But now, she’s speaking frankly about the importance of the relationship that has launched her onto the global stage.

“There are times in your life where you need to make vital choices,” she said in a new interview with ELLE France regarding her choice to later pursue the relationship with Macron, after first meeting when he was a student at a school where she taught. “And for me, that was it. So, what has been said over the 20 years, it’s insignificant.”

“Of course, we have breakfast together, me and my wrinkles, him with his youth, but it’s like that,” she said of their age difference. “If I did not make that choice, I would have missed out on my life. I had a lot of happiness with my children and, at the same time, felt I had to live ‘this love’ as Prevert used to say, to by fully happy.” (Prevert was a 20th century French poet and screenwriter.)

He has also discussed why Brigitte has been a critical shaping force in his life. “To Brigitte, always present and even more, without whom I wouldn’t be who I am,” he said after winning the election. “She will be next to me because she has always been next to me,” he was later quoted as saying, according to Forbes. 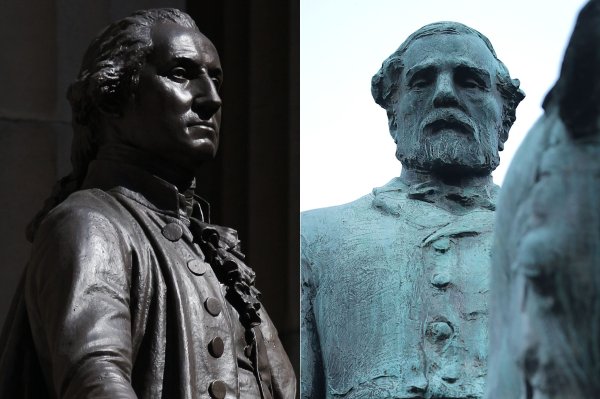 Historians: Robert E. Lee and George Washington Are Not Equivalent
Next Up: Editor's Pick