After winning her court case against a DJ who allegedly groped her in 2013, Taylor Swift is moving forward on her commitment to support other survivors of sexual assault.

“I acknowledge the privilege that I benefit from in life, in society and in my ability to shoulder the enormous cost of defending myself in a trial like this,” she wrote in a statement released following the ruling. “My hope is to help those whose voices should also be heard. Therefore I will be making donations in the near future to multiple organizations that help sexual assault victims defend themselves.”

One of those organizations will be Law and Order: SVU actor and advocate Mariska Hargitay‘s Joyful Heart Foundation, according to the Huffington Post. The foundation’s mission is to “transform society’s response to sexual assault, domestic violence, and child abuse, support survivors’ healing, and end this violence forever,” its website states. Swift has been a longtime fan of Hargitay; one of her cats is even named after Hargitay’s character on the show.

“Taylor is aware of the Joyful Heart Foundation and follows our work,” Maile M. Zambuto, CEO of the foundation, told HuffPost. “Her team got in touch with me and we talked a lot about her commitment, all along throughout this ordeal, to wanting to be of service to survivors.”

Their programs focus on healing, advocacy and education, from working to diminish the backlog of untested rape kits to providing safe spaces for women to find holistic therapy after trauma. It’s not yet clear which other organizations Swift plans to support. 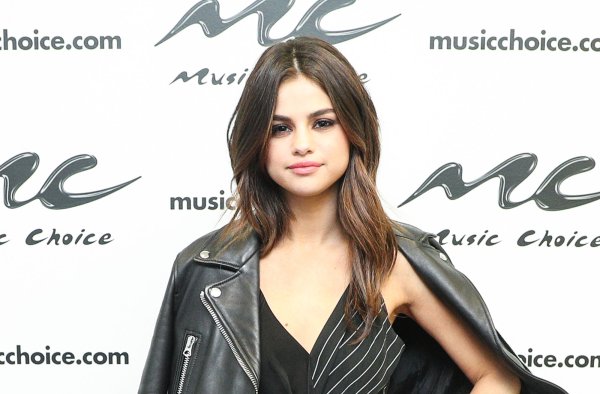 The Internet Is Convinced This Woman Is Selena Gomez's Look-alike
Next Up: Editor's Pick