The dimwitted superhero (Serafinowicz), who is superstrong, is prone to aphorisms. “You’ve got the brains,” he tells Arthur, but “I’ve got the everything else.”
Amazon
By Daniel D'Addario

“Do not say the H word!,” a visibly tired Jessica Jones (Krysten Ritter) spits as she staggers, Irish coffee in hand. “I’ve got enough of a headache as it is.” That word is hero (not, somehow, hangover), and she may be the only human in Hollywood who’s not happy to hear it. Jones, a character from Marvel Comics who had her own stand-alone series on Netflix in 2015, has been united with three counterparts in The Defenders. It’s the latest bold move from a studio–one that also produces current or upcoming shows on ABC, Fox, FX and Hulu–whose ability to keep us watching seems at times the most notable thing about its work on TV.

This time, Jones, a private eye, is joined by Luke Cage (Mike Colter), an ex-con who shares Jones’ superstrength; Daredevil (Charlie Cox), a blind lawyer and ace fighter; and Iron Fist (Finn Jones), a kung-fu-practicing Buddhist monk. All had their own Netflix shows, with varying degrees of success (Ritter’s was the strongest by far). Now, just as the Iron Man and Thor movies led to The Avengers, our TV heroes are coming together to battle an epic adversary.

That nemesis (Sigourney Weaver) is wittily cast and elegantly played, if not given much to do in the show’s early episodes. The Defenders makes it clear that the reason Marvel’s movies get more attention than its TV show isn’t just the supervillain money they make at the box office. Those movies are constrained, in a necessary way, by format and running time. But the sprawl of television allows a familiar story–the protracted rivalries between differing superheroes giving way to hard-won if tentative cooperation–to bloat beyond recognition and become too reliant on darkness.

In a very distant corner of the comics universe, Amazon is bringing some welcome wit and warmth to the genre. The Tick, a niche comics character who was previously the hero of a 2001 Fox sitcom, springs into life with unencumbered vim. The superstrong, relentlessly energetic savior, played by Peter Serafinowicz, operates in a comic-book universe entirely disconnected from any running story line. That’s part of the joke, as the hero’s lack of a long-term memory emboldens him to feats of derring-do while keeping him from hearing the protestations of his would-be sidekick, Arthur (Griffin Newman).

Serafinowicz, with sharp, sunny delivery, nails the sort of delusion underpinning the myth, the cracked psyche that it would take to put on a form-fitting costume replete with bobbing antennae and leap toward the sky. And Newman, as the civilian roped into the Tick’s schemes, comes up with a coherent way to sell a situation fundamental to the superhero story: What would it be like for a normal person to come into contact with the power–and self-confident derangement–of a superhero?

The Defenders, set in a heroes-only world that Marvel has invested great time and money to seal off, doesn’t ask the question. The Tick places the un-super Arthur–a person who not only lacks preternatural gifts but is also bearing up under the stress of it all–at its center as a way to start a new sort of story. Or at least one that’s deeply self-aware about its repetitious aspects. When Arthur denies to the Tick that he has any business being a super-sidekick, the Tick has other ideas, indicating just how familiar he is with the lore. “You’re already at Stage 3,” he insists. “The hero rejects the call!” A subversive superhero show need not skip the H word in order to play at grittiness. What it can do is address heroic delusions and mastery with spirit and a sense of that most elusive quality among supermen: fun.

The Defenders is streaming on Netflix now; The Tick will stream on Amazon starting Aug. 25 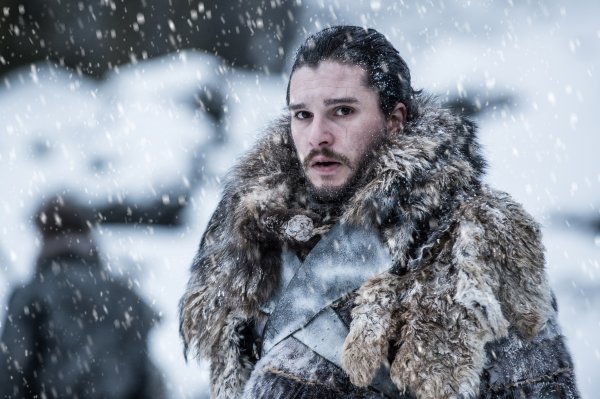 Kit Harington Reveals Why Jon Snow Never Wears a Hat on Game of Thrones
Next Up: Editor's Pick