The Fall Book That Will Take Your Mind Off Politics

Houses in San Francisco, after an April 18, 1906, earthquake toppled them and killed thousands
Brettman/Getty Images
Ideas
By Nate Hopper
Hopper is a former Ideas Editor for TIME.

“You can be forgiven,” writes Kathryn Miles in Quakeland (Aug. 29), “for thinking that the ground beneath your feet is solid.” Yet it isn’t, and by the end of her reporting readers will feel a bit unsteady.

The concerns at the core of Quakeland are that seismologists know the most about the potential earthquakes that are the least alarming, and that we all know little about quakes to begin with. They remain the least predictable of natural disasters and possibly the most catastrophic.

While many of us know that California will likely suffer a sizable earthquake within three decades (or of the threats facing the coastal Pacific Northwest, thanks to a Pulitzer Prize–winning 2015 New Yorker article by Kathryn Schulz), few realize that New York City sits atop “a brittle grid” of rock and is overdue for a destructive quake. The city also resides about 25 miles downriver of Indian Point Energy Center, a nuclear plant that one retired consultant calls “Fukushima on the Hudson” after the 2011 Japanese nuclear disaster, which was caused by an earthquake and led to an evacuation covering hundreds of square miles and more than 1,000 deaths. (The state recently announced that Indian Point will close in 2021.)

Miles renders a map of other endangered municipalities, like the Oklahoma city that houses tanks containing tens of millions of barrels of oil, in a state where quakes are increasing. Or the stretches of Mississippi River communities where survivors would struggle to receive relief depending on how one bridge fares. Or the several states where the mining and oil- and gas-drilling industries are causing more and more unnatural quakes and whose paychecks allow impoverished people to buy houses their work could end up cleaving. There are also plausible not-even-worst-case scenarios where thousands die, hundreds of thousands become homeless and billions of dollars’ worth of property and resources disintegrate — and that’s only for the known seismic faults. Scientists worry more about the many they have yet to find.

That fear you feel? It’s intended. Miles prefers the most provocative possibilities as Quakeland seeks to rattle us free of the ignorance, uncertainty and short memory that have paralyzed plans for prevention and survival. 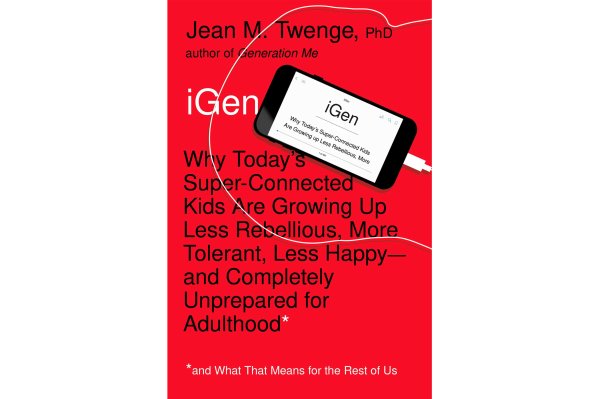 A New Look at the Next Generation
Next Up: Editor's Pick