Malala Yousafzai Has Been Accepted to Study at Oxford University

Pakistani human-rights and education advocate Malala Yousafzai has been accepted to study at the University of Oxford in the U.K.

The 20-year-old tweeted Thursday: “So excited to go to Oxford!! Well done to all A-level students – the hardest year. Best wishes for life ahead!” along with a screen shot of her acceptance into the prestigious university.

Yousafzai joins thousands of other young people in Britain who find out the results of their A-Level exams on Thursday. The grades determine whether prospective undergraduates will gain a place at their preferred college.

As a 15-year-old blogger, Yousafzai was almost killed by Taliban soldiers when they shot her in the head for her efforts to encourage girls’ education in her native Pakistan. In 2014, she became the youngest person to be awarded the Nobel Peace Prize and has since become a symbol for the fight for human rights and education.

In April, Yousafzai was the youngest person to be named a U.N. Messenger of Peace. “If you want to see your future bright, you have to start working now [and] not wait for anyone else,” she said at the acceptance ceremony.

In March, it was reported that she had received a conditional offer to read Philosophy, Politics and Economics at Oxford’s Lady Margaret Hall if she achieved three A grades. Former Pakistani Prime Minister Benazir Bhutto, who was assassinated in 2007, also studied there.

Speaking to TIME while meeting with displaced girls in Iraq, she said that it was tough to balance her advocacy work with studies. “It has been challenging, because I was getting my own education. I had to go to school. I had to do my homework. I had exams. I had teachers,” she said last month. “And then, I come out of school and then there’s another life, where you have lots of things to do.” 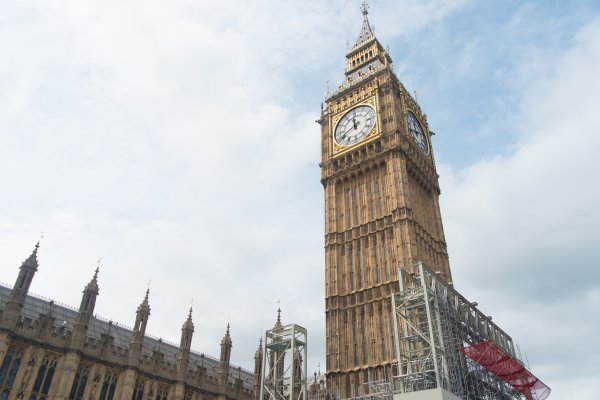 London's Big Ben Is About to Shut Down for Years
Next Up: Editor's Pick