White House chief strategist Steve Bannon does not believe there is a military solution to North Korea in regards to its nuclear weapons program.

Bannon on Tuesday called journalist Robert Kuttner, co-founder and co-editor of left-wing publication The American Prospect, telling him to “forget” the possibility of warfare with North Korea during a wide-ranging interview.

Bannon’s comments appeared to contradict President Donald Trump’s comments last week in which he warned that North Korea would “be met with fire and the fury like the world has never seen” should it continue to threaten the United States.

Bannon added that the U.S. is at “economic war with China,” though he would consider a deal with China to remove American troops from the Korean peninsula in exchange for China freezing North Korea’s nuclear program. But since Bannon feels such an agreement would be unlikely, he has been campaigning for the Trump administration to take a stricter stance on trade with China.

“To me, the economic war with China is everything,” Bannon said. “And we have to be maniacally focused on that. If we continue to lose it, we’re five years away, I think, ten years at the most, of hitting an inflection point from which we’ll never be able to recover.”

Bannon is reportedly in danger of being fired by Trump, with the a number of advisors urging the President to fire him, according to the New York Times.

But during a press conference Tuesday, Trump called Bannon a “good man” before once again leaving the door open for speculation.

“We’ll see what happens with Mr. Bannon,” the President said. 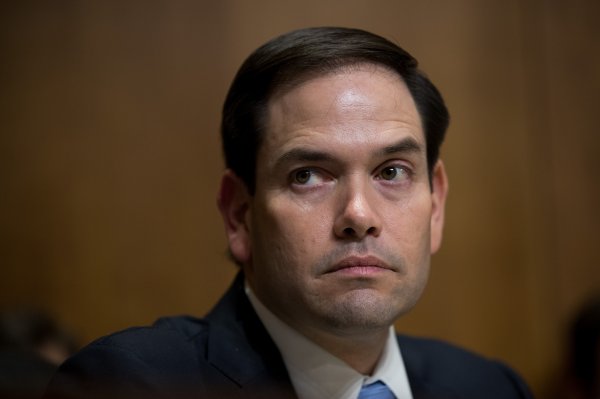