Don’t sleep on an ambitious giant tortoise. Abuh, a resident of Japan’s Shibukawa Zoological Park in Okayama Prefecture, is a 35-year-old specimen with a serious independent streak. She made a break for it about two weeks ago, when zoo officials noticed her absence and alerted local residents to keep an eye out for the hard-shelled creature who clocks in at about 120 lbs.

Described as “gentle,” Abuh was allowed to roam freely around the zoo grounds. But that proved a mistake, as she had already meandered her way to freedom a previous time earlier in the month before being brought back into the fold.

For nearly two whole weeks, Abuh managed to escape notice, living her best life beyond the confines of her zoo enclosure. (Giant tortoises like Abuh can live without food and water for several months, too, meaning she wasn’t in any rush to find a new place to call home.)

On Wednesday, however, news outlets reported her time as a free tortoise had come to a close. She was discovered a mere 140 meters — about 459 feet — from the zoo, hidden in some shrubbery.

“We were so relieved that she came back safely as she is so popular among children,” zoo staffer Yoshimi Yaman told news outlets.

As for Abuh? Looks like she’ll have to try a new tactic in her next bid for independence. Slow but steady, right? 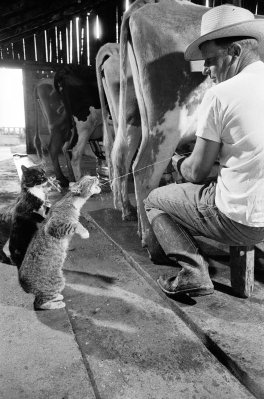 LIFE's 25 Most Meow-Worthy Pictures of Cats
Next Up: Editor's Pick