People Age Better If They Have a Purpose In Life

Having a purpose in life may help people maintain their function and independence as they age, according to a new study published in JAMA Psychiatry. People in the study who reported having goals and a sense of meaning were less likely to have weak grip strength and slow walking speeds: two signs of declining physical ability and risk factors for disability.

Purposeful living has already been linked to other aspects of wellbeing, like a longer life, lower risk of disease, better sleep and healthier behaviors. But this study is among the first to examine its connection with physical functioning. That’s an important measure, say the authors, especially as the number of senior citizens in the U.S. grows rapidly. Almost 1 in 3 Americans ages 65 and older says they have difficulty walking three city blocks, according to the CDC.

Researchers from Harvard T.H. Chan School of Public Health analyzed data from a long-running national study of adults over 50. In 2006 and again in 2010, people answered survey questions about their health and wellbeing, and also performed tests to measure their grip strength and walking speed.

When the researchers compared people’s physical changes over time with their responses to questions about their purpose in life—whether they go about their days aimlessly or have goals for the future, for example—they found a significant link. Those with a higher purpose in life had a 13% decreased risk of developing a weak grip, and a 14% decreased risk of developing a slow walk, than those with a lower sense of purpose.

For some, having high levels of purpose were even associated with an increase in walking speed over time—an effect equivalent to being 2.5 years younger, the study authors write. The link between purpose in life and walking speed remained after researchers further controlled for preexisting health conditions, depression and health behaviors. The association with grip strength did not remain, suggesting that the effects of purposefulness alone may not be as strong.

MORE: Forgiving Other People Is Good for Your Health

“These findings suggest that sense of purpose, a modifiable factor, may play an important role in maintaining physical function among older adults,” the study authors wrote. Other studies have suggested that people can increase their sense of purpose in life by cultivating hobbies and relationships, helping others and practicing mindfulness.

Because the new study was observational, it was only able to show an association between purpose in life and physical function over time, not a cause-and-effect relationship. And while the potential mechanisms for this link are not fully understood, the study authors say there are likely behavioral as well as biological effects at play.

“People with higher purpose are more proactive in taking care of their health, have better impulse control, and engage in healthier activities,” they wrote. Other studies show that people with purpose-driven lives seem to also have physiological advantages over those without, including lower levels of inflammation.

In a commentary accompanying the study, Carol Ryff, director of the Institute on Aging at the University of Wisconsin, writes that these findings should be replicated with more research. But she also points out several strengths of the study, including that the researchers measured function objectively (rather than asking participants to self-report) and that they tested for but found no evidence of reverse causality—meaning that it’s unlikely that physical function influences purposefulness, rather than the other way around.

“Leading a life of purpose not only feels good and meaningful, existentially speaking,” she wrote in her commentary, “it may also be an area of rich potential in which intervention studies and public health education programs might contribute to improved health of our evergrowing aged population.” 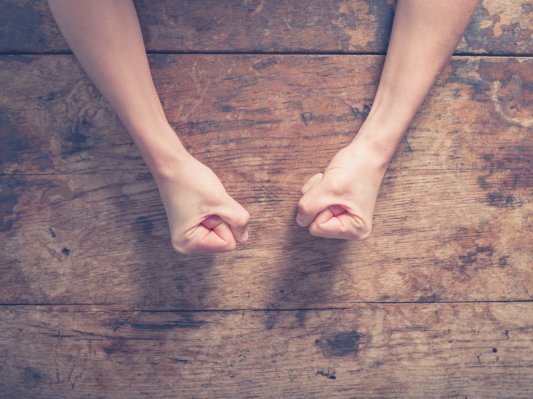 Why Getting Angry Can Make You Happier in the Long Run
Next Up: Editor's Pick