Four members of the Joint Chiefs of Staff have taken to Twitter to rally against racism and intolerance in recent days.

The service chiefs of the U.S. Air Force, Naval Operations, U.S. Army and U.S. Marine Corps have all tweeted that their branches of the military stand against racism and intolerance.

All four are among the group of seven senior uniformed leaders who advise President Trump on military issues.

The statements have all come since a white nationalist rally in Charlottesville, Virginia, turned violent, leaving one counterprotester dead. Two of the statements came after Trump defended some of the marchers at the rally at a much-criticized press conference on Tuesday.

Adm. John Richardson, the Chief of Naval Operations, tweeted on Sunday that the Navy “forever stands against intolerance and hatred.”

Gen. Mark A. Milley, of the U.S. Army, tweeted on Monday that racism and extremism is “against our values and everything we’ve stood for since 1775.”

Gen. Dave Goldfein, the Chief of Staff of the U.S. Air Force, was the latest to tweet saying that he stands with his fellow service chiefs. 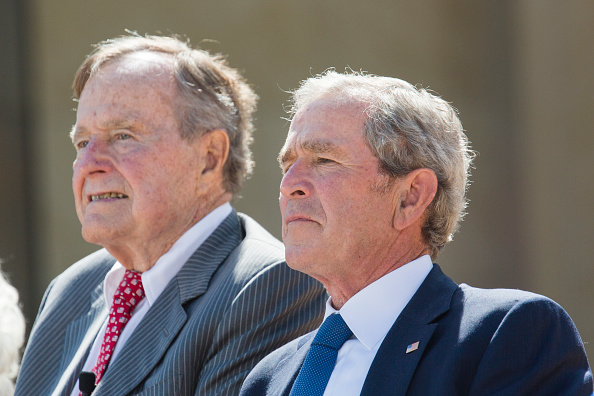 Both Presidents Bush Condemn Hatred a Day After Trump's Press Conference
Next Up: Editor's Pick