At a press conference in the lobby of Trump Tower on Tuesday, President Donald Trump doubled down on his original comments that “many sides” were responsible for the violent rallies in Charlottesville, VA. where a man believed to be a white supremacist allegedly drove his car into a crowd of counter demonstrators, killing a woman in the process.

During the press conference, Trump defended a procession that included torch-carrying white nationalists who chanted “blood and soil” and “Jews will not replace us,” by reducing them to “people protesting very quietly the taking down of statue of Robert E. Lee.”

Following his remarks, the President received backlash for his comments, especially online where the public sounded off on his press conference. Some of his most vocal detractors on the Internet were high-profile celebrities who used their platform to not only critique the President but to show support for communities who were marginalized by his stance.

Noted critic of Trump Chrissy Teigen took to her Twitter to sound off on the President’s comments.

While her husband John Legend stated that he supported the removal of the statue that sparked the rallies.

Lady Gaga asked her followers what they thought of Trump’s comments.

LeBron James pointed out that racism and hate have existed long before Donald Trump was president.

Chris Evans couldn’t get over the press conference remarks.

Questlove had a Captain America-themed response to Evans’ reaction.

While John Mayer called on the power of the people.

Demi Lovato bristled at Trump’s defense of those linked to white nationalists and neo-Nazis.

While Chelsea Handler called on presidents past to hold Donald Trump accountable.

As did Mark Ruffalo.

Elizabeth Banks agreed with their thinking.

As did Don Cheadle.

While Mia Farrow pointed to this press conference as part of a larger problem.

Barbra Streisand felt that the president was showing his true colors.

Jessica Chastain and Kirk Franklin offered encouragement to those who were made to feel less than by Trump’s remarks.

Zach Braff thought that the President was relying on “alternative facts.”

While Alyssa Milano pointed out that the President should not make false comparisons.

Ava DuVernay had a visceral response to the President’s remarks.

George Takei made a case for the alt-left.

Sarah Silverman had a message for the president.

Gigi Hadid sounded off on what she felt were limitations to the First Ammendment.

Kumail Nanjiani questioned how someone could support the ideas that the President expressed.

While Camila Cabello called for impeachment.

Damien Chazelle joined Twitter just to sound off on how he felt about Trump’s comments. 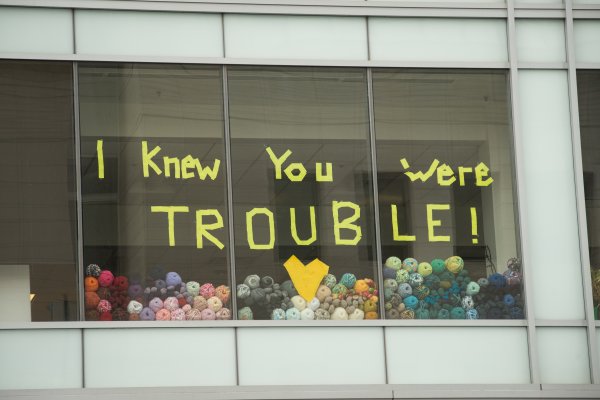 Taylor Swift Just Sent So Many Flowers to a Company of Fans
Next Up: Editor's Pick