The Maryland city has removed four statues of Confederate soldiers and leaders, including its own statue of Lee and one of
Roger B. Taney, the controversial Supreme Court Justice who declared in 1857 that slaves were not U.S. citizens, according to the New York Times.

The overnight operation began midnight Wednesday and lasted until about 5:30 a.m., much to the cheers of a small group of activists who had gathered to watch, the Times and the Baltimore Sun reported.

The Baltimore City Council voted Monday to take the statues down immediately. The removal order, from Mayor Catherine Pugh, came after a woman was killed in Charlottesville, Va., over the weekend when a car plowed into a crowd of counter-protesters at a white supremacist rally.

“It’s done,” Pugh said of the statues’ removal, according to the Sun. “They needed to come down.” 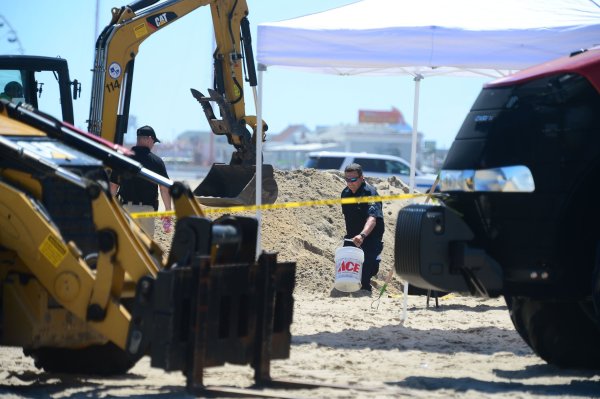 Woman Found Buried on Beach Died When Sand Caved In
Next Up: Editor's Pick