Republicans spoke out on Tuesday against President Donald Trump’s latest remarks on Saturday’s white supremacist march in Charlottesville in which he said “both sides” were to blame for the violent clashes that left one anti-racism protester dead.

“Mr. President, you can’t allow #WhiteSupremacists to share only part of blame. They support idea which cost nation & world so much pain,” Florida Sen. Marco Rubio said on Twitter, adding that white supremacist groups are “100% to blame” for an attack on a crowd of counter-protesters that killed one woman and injured 19 others. “The #WhiteSupremacy groups will see being assigned only 50% of blame as a win. We can not allow this old evil to be resurrected.”

In his remarks during a Tuesday press conference in Trump Tower, the President doubled down on his original response to Charlottesville, asking why anti-racism protesters, who he called the “alt-left,” were not receiving any blame. “You had a group on one side that was bad, and you had a group on the other side that was also very violent, and nobody wants to say that, but I’ll say it right now,” Trump said. The comments drew praise from white supremacists and condemnation from politicians in both parties.

Many GOP leaders did not address Trump directly or by name, but spoke out against white supremacy and any suggestions of “moral equivalency” between supremacist groups and their opponents. 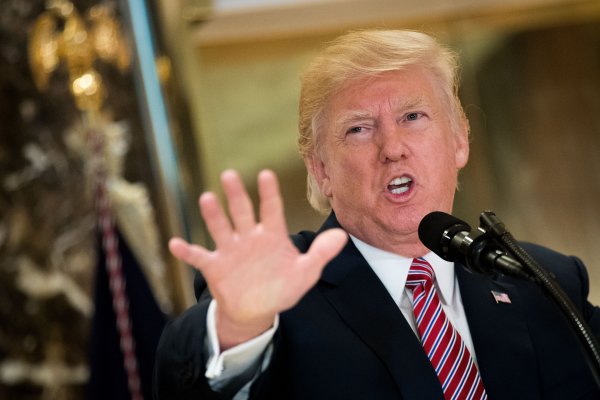