Why Wine Tastes Better When It Costs More

In 2015, scientists confirmed what all but the most serious wine drinkers have long suspected: That bottle of vino will taste better if you think it costs more. Now, in a new study published in Scientific Reports, researchers say they’ve pinpointed the exact mechanism by which this marketing placebo effect happens.

Researchers at the business school INSEAD and the University of Bonn in Germany asked 30 people to taste samples of three different wines while lying in an MRI scanner. Each person received 108 tiny samples—1.25 milliliters each, less than one glass of wine in total—over 90 minutes.

Before each taste test, everyone was told how much each wine supposedly cost: either 3, 6 or 18 euros per bottle. In reality, each of the three wines were identical and came from a bottle of red that retailed for 12 euros, or about $14.

People tended to rate the samples they were told were more expensive as better tasting. That was true regardless of whether they had to “pay” for the samples or not. (During some taste tests, people had a fraction of the wine’s stated price deducted from a monetary credit they received at the start of the study. During others, they were told the samples were free.)

This marketing placebo effect has its limits, however. To most people, a very low-quality but high-priced wine still won’t taste as good as a high-quality, low-priced one. Researchers have also shown that people with more volume in areas of the brain that control sensory perception are less likely to rate something higher just because it costs more—presumably because they are more adept at tasting for themselves whether something is “good” or not.

But the 2015 study also showed that people with greater volume in brain regions associated with reward-seeking behavior were more susceptible to the placebo effect of higher prices. In the new research, MRI scans revealed exactly which brain regions became more active when people were told samples cost more.

One region, the anterior prefrontal cortex, is known for integrating new information from the environment with long-term memories, which could translate into making price comparisons and forming expectations, researchers say. This brain region has also been shown to play a role in the brain’s response to placebo medications for pain and anxiety.

“Participants might recruit this brain region when reflecting on the external information from the price cue and their subjective beliefs and memories about how expensive and less expensive wines should taste,” the authors wrote in their paper.

Another region, the ventral striatum, is part of the brain’s reward and motivation system. Together, activation in these areas help explain exactly how higher prices trick the brain into forming higher expectations—and feeling more rewarded—when a person tastes pricier wine, the authors say.

The researchers don’t know if simply being aware that this placebo effect exists is enough to overrule it, but they hope to address that question in another study. More research is also needed, they say, to determine whether the brain’s reward system can be trained in other ways to resist these types of influences.

MORE: Drinking Wine Is Linked to a Lower Risk of Diabetes

In the meantime, co-author Hilke Plassmann, associate professor of marketing at INSEAD, says the best way to evaluate wine—or chocolate, coffee or any type of food or beverage that varies widely in price and quality—is to sample it before you know the cost. “If you want to get at your enjoyment of the product itself, then a blind consumption is best,” she said in an email.

On the other hand, knowing the cost of something can also have its advantages, he adds. “Our findings also show that high price tags (within a range of acceptable qualities) makes you happier,” he says, “so you get what you pay for.” 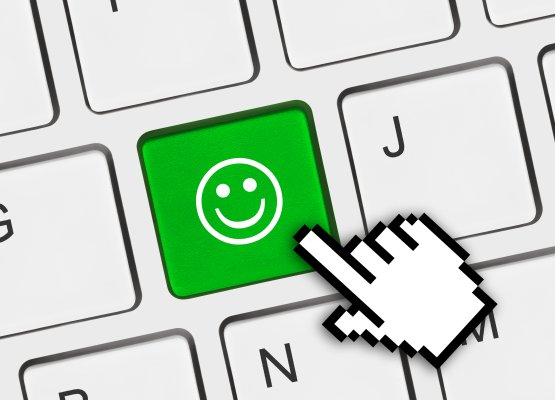 You Really Need to Stop Putting Smiley Faces in Work Emails
Next Up: Editor's Pick